Founded by playwright Christine Wetherill Stevenson in 1915 and located in the former Wetherill Mansion on Rittenhouse Square, the Philadelphia Art Alliance is considered one of the first multidisciplinary art spaces in the U.S. Its remarkable legacy includes presenting the work of visionary writers, composers, dancers, musicians, sculptors and architects from Igor Stravinsky and Gertrude Stein to Martha Graham, Buckminster Fuller and Diego Rivera, among many other dazzling luminaries.

University of the Arts is in the midst of envisioning and developing the next chapter of the Art Alliance as a multidisciplinary, contemporary arts forum in the heart of Philadelphia. Following its incredible history, the Art Alliance will once again be animated by leading visionaries of our time and aims to serve as a lively social hub—a living room for the arts in Philadelphia.

An exciting renovation is currently underway to update and restore the intimate gallery, performance and convening spaces of the Wetherill mansion, which was originally designed by architect Charles Klauder and built in 1906.

In an effort to help maintain the health and safety of our community, we have canceled all remaining public events for Invisible City: Philadelphia and the Avant-garde and temporarily closed our galleries.

Learn more about this exhibit.

In an effort to help maintain the health and safety of our community, we have canceled all remaining public events for Invisible City: Philadelphia and the Avant-garde and temporarily closed our galleries.

Presented by the University of the Arts Rosenwald Wolf Gallery, Invisible City: Philadelphia and the Vernacular Avant-garde will highlight and explore Philadelphia’s significant contributions to visual culture in the 1950s through the 1970s in an exhibition, a publication and performances.

Invisible City: Philadelphia and the Vernacular Avant-garde has been supported by The Pew Center for Arts & Heritage.

'Site Effects' Exhibition—Postponed
In an effort to help maintain the health and safety of our community, we have canceled all public events and temporarily closed our galleries.

In an effort to help maintain the health and safety of our community, and in order to support the nationwide effort to contain the spread of Covid-19, the Art Alliance is temporarily closed. All scheduled public programs and events taking place at Art Alliance have been canceled until further notice.

Site Effects is an exhibition curated by Katja Toporski and Anja Eichler that will explore jewelry in Europe and the United States. If jewelry is considered a form of communication, do people speak the same language on either side of the Atlantic?

Metalsmith Gary Griffin, when regarding the works in the International Jewelry Exhibition 1900 – 1980 at the ‘Künstlerhaus’ in Vienna, observed: ‘The European work appeared far more minimal than the American. It represented a design distillation process, which resulted in a reductivist aesthetic.’

Griffins was speaking to the jewelry of the last century. But what about the current moment? In Site Effects, a series of questions is posed: have the differences between jewelry created in Europe and the US been blurred in the era of globalization or do they still exist? If there are differences, are they solely aesthetic or are they conceptual as well? And what role does knowing an artist's name and location play in the perception of a work and the potential for cultural stereotyping? Does the Atlantic still exist as a dividing line? Or has this been replaced by a more individualized approach?

Site Effects will feature the works of 12 artists from the United States and 12 from Europe. Each artists will produce two pieces of work: one of their own conception and one in response to a prompt from a partnering artist from across the Atlantic, whose identity they will not know at the time of the jewelry creation. The exhibition seeks to engage with audiences’ preconceived notions of geography and nationality when reflecting on art and to consider what role, if any, the dividing line of the Atlantic plays on the style and substance of these pieces.

The Art Alliance at the University of the Arts will be the United States venue for Site Effects; the European venue is the Bavarian Society of Applied Arts in Munich, Germany, which hosted the exhibition from Mid-January to the end of February 2020. A catalogue will accompany the exhibition.

The Art Alliance Writers’ Workshop is a place where emerging writers can hone their craft alongside talented faculty; earlier this year, poets participated in the workshop’s first poetry contest. The prize was awarded to Naz Bowman ’20 (Creative Writing) and Thea Brown, with Jaymie Hommel ’20 (Creative Writing) selected as an honorable mention.

The award celebrates the work of C.K. Williams this year and is presented in conjunction with Invisible City: Philadelphia and the Vernacular Avant-garde, which highlights the Philadelphia avante-garde scene from the 1950s through the ’70s. In the call for submission, poets were asked to gather inspiration from the exhibition or Williams’ writings, including his 1968 book of poetry A Day for Anne Frank.

We reached out to the poets about some of their other sources of inspiration. Brown’s winning submission is part of a larger manuscript called Loner Forensics, which she calls an “urban surrealist Spoon River Anthology that’s engaged with grief, utopia, institutional violence and love,” referring to Edgar Lee Masters’ 1914 work. Other influences for Brown included “Alice Notley’s The Descent of Alette, interactive fiction computer games from the late ’80s and parallel universes.”

For Bowman, music was a major influence on their work. “The way that lyrics in songs, even more so than lyric poetry, can create tiny holes into places without taking up much space, is something that I try to emulate,” they said. Bowman explained that the poem they submitted “was an attempt at taking the way music approximates things and turning [it] into a scroll or tab of thoughts throughout a day.”

In addition to a $100 prize and publication in an upcoming issue of Horsethief magazine, the prizewinners were given the opportunity to collaborate with Book Arts and Printmaking MFA students Sarah Moody and Sara Moose-Torres to design original letterpress broadsides of their poems. The broadsides will be displayed at The Art Alliance in early April. 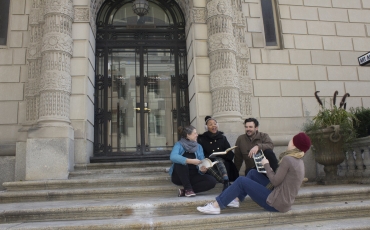 The Art Alliance Writers' Workshop is for emerging writers who work in fiction, non-fiction, and/or poetry. Participants improve their writing while working with an accomplished cohort over a year of intensive courses. Upon completion of coursework, students earn a certificate in Creative Writing. 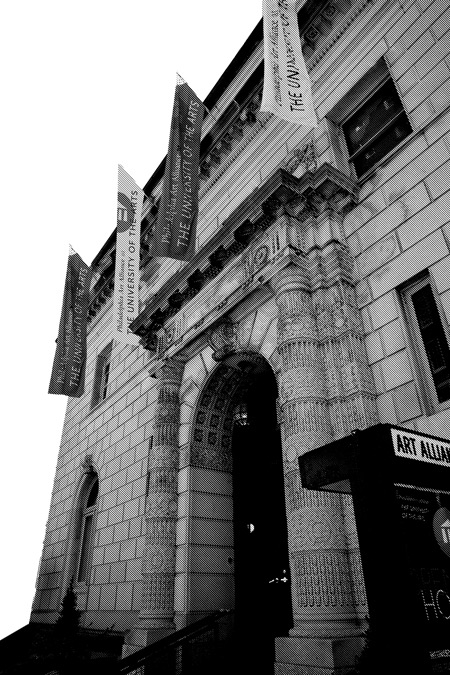