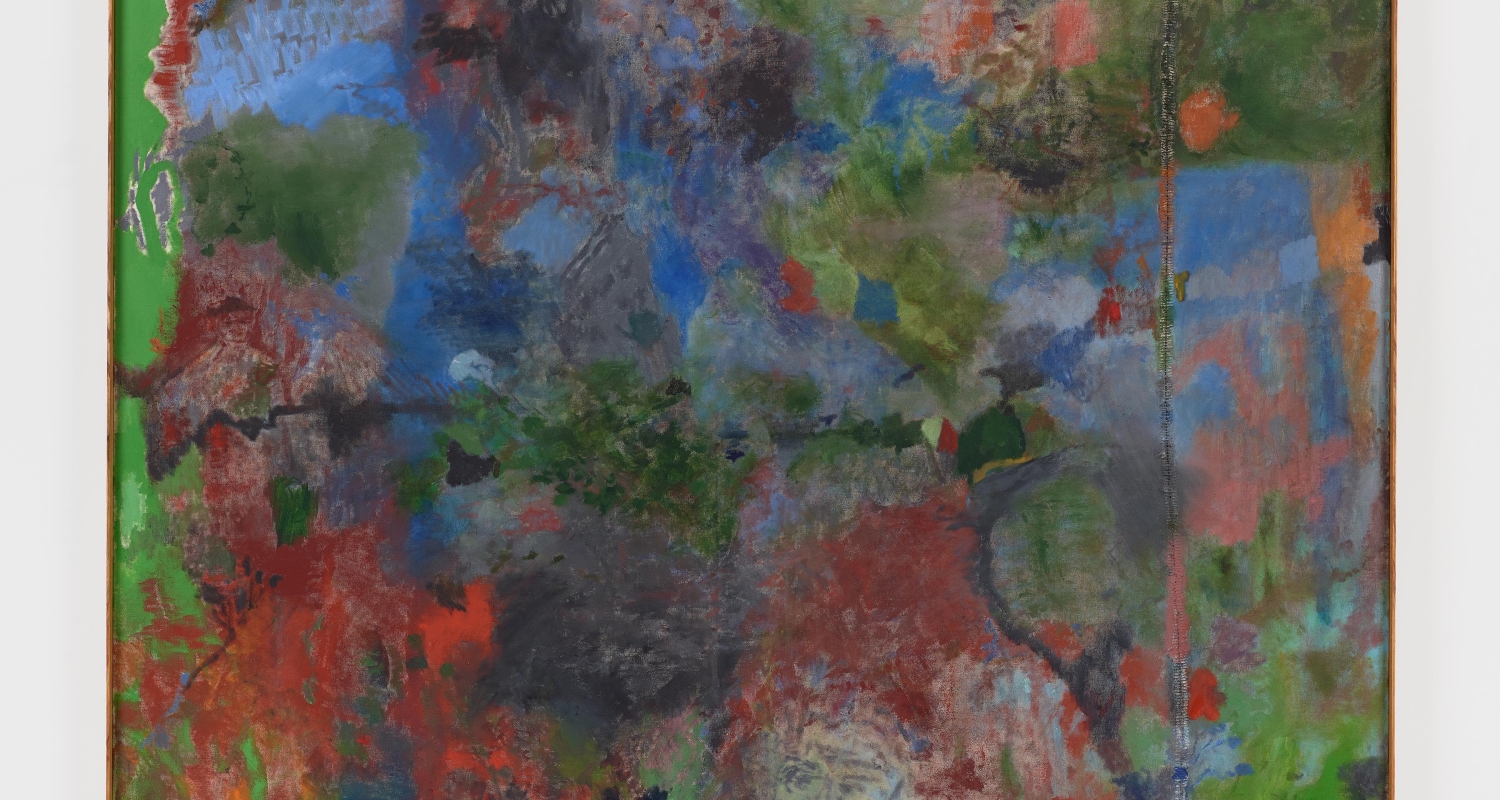 The Philadelphia Art Alliance at University of the Arts is pleased to present one-person exhibitions by Gracie Devito, Merlin James and Gabriel de la Mora that revolve around a new sensibility of abstracted landscape. These three global artists have never exhibited in Philadelphia before. Each has arrived at these works from individualized tactics that variously confront the history of representation while acknowledging the materiality and construction of images.

Gracie DeVito's paintings come from a history of performance. Her paintings have the effect of the fairy tales limned by Nabis painters; their rippled edges betray their origins, often painted on utilitarian painter's cloth instead of artist's linen. Yet they have none of the aura of Arte Povera, and it is DeVito's elegant sense of color that elevates the work. The paintings are accented with brilliant punctal passages—daubed, stained and drawn back into with coy figurative and vegetal references. DeVito balances (in)formal shape concerns with elements of schematic depictions surrounding most works by sinuous frames that capture and echo the support's contours. They are somewhat whimsical without deceiving the viewer.

The paintings of Merlin James are also subtly radical in their own terms. His personal color sensibility is at times solemn, at others brightly exuberant. He works on a variety of surfaces whose textures have a great effect on his paint touch and attack. In some works, the stretcher bars may be visible through translucent supports. In other paintings, the outside contour of the canvases bows away from traditional rectangular modes. James often physically pierces the picture plane with the negative space punctuating towards pictorial ends. Neither wholly figurative nor adverse to abstraction, James, in effect, advances Western representational canon while deconstructing its illusionist heritage.

Gabriel de la Mora is a conceptual artist more than a painter, per se. Each of his projects incorporates constructing images from found, discarded and obsolete objects such as eggshells, shoe soles, speaker screens and feathers from which the Mexican artist creates minimal monochrome-looking surfaces of great technical complexity, conceptual rigor and embedded information. In this current series, de la Mora has gathered flea market landscape paintings that he exposes to the elements and the extreme heat of the sun on Mexico City rooftops. As the pigments degrade, often barely adhering to the canvas, the physical pixelation of craquelure filters our comprehension. We are implicated in the process of recognizing default representational clichés but also the fate of our planet under climate stress.

Gracie DeVito lives and works in Los Angeles. Her work has been the subject of solo exhibitions at Overduin and Co. and Nicelle Beauchene, and she has been reviewed in Artforum and The New York Times. She received her MFA from CalArts in 2012 and also studied at The New York Studio School. She is represented by Tif Sigfrids in New York.

Educated at the Central School of Art and Design and the Royal College of Art in London, Merlin James has a critical sensibility and has published widely in books, catalogs and the august Burlington Magazine. In 2002, James was the first Alex Katz Visiting Chair in Painting at Cooper Union. In 2007, he represented Wales in the 52nd Venice Biennale. James lives and works in Glasgow and shows with Sikkema Jenkins Gallery in New York.