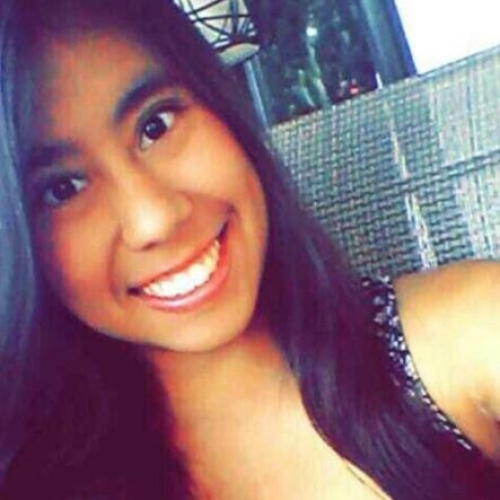 I thought I was going to go to another school, but I found that UArts is a supportive community that gives you more freedom as an artist and more opportunities to be creative. UArts pushes you to break away from formulas, to experiment and make your own choices.

During the fall of her junior and senior years, chances are you'd find Stephanie Valdivia '18 (Film) hanging out on the football field with 300-pound Philadelphia Eagles defensive linemen, shooting practices as one of the NFL team's video interns. She also worked with the Eagles' editing staff, and on game days she was on the sidelines inputting information into the tablets the coaches use to review game film. "I like football," she says, "but I never expected that at my first Eagles game I'd actually be on the sideline with the team." 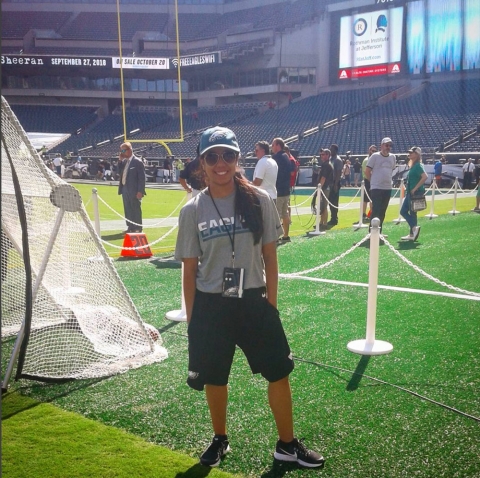 It's a bit of a departure from what the Miami native thought she'd end up doing when she arrived at UArts as a freshman: "I thought I wanted to be a Disney animator," she says with a smile.

What Stephanie experienced after arriving at UArts ranged from her two-year experience with the Eagles, to serving as director of photography on a 16-millimeter film that was shot while she studied abroad in the Czech Republic, to learning film marketing with the Greater Philadelphia Film Office, to working as a volunteer videographer for the American Red Cross. Her current career plan is to become a film or TV director or producer.

Her advice to new students: "Don't be scared to try something new. Every experience helps build your confidence. And at UArts I've learned that film is much more than just Hollywood. There are so many opportunities to tell the stories I've always known I want to tell."

And an exciting part of her journey was the two football seasons she spent at Lincoln Financial Field, home of her football family, the Eagles. "Being tiny compared to them, and the team's first female video intern, the players loved to heckle me," Stephanie says, grinning. "They made me jump up to give them high-fives, and they challenged me to a race. But I gave it right back to them. It was a lot of fun. I made some great friendships with players and coaches."

"And," she adds, "it's helped me make professional connections with people from ESPN, NBC, the English Premier League and other places. It was a great experience."