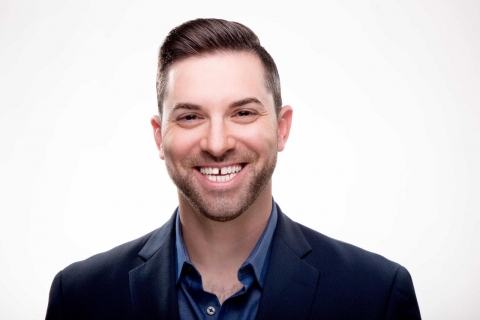 In 2015, Sean Elias was elected by Iron Crow Theatre’s Board of Directors to serve as the organization’s second Artistic Director. Under his leadership, Iron Crow Theatre has experienced its largest phase of growth in history, breaking every record the theatre previously held. Sean has transformed Iron Crow Theatre from a small theatre company to a rapidly growing theatrical organization increasing the annual operating budget by 600% in just under five years. Today, Iron Crow Theatre features a level of diversity never before seen on its stage, contracts more than 75 local and professional artists each season, consistently offers Equity contracts for the first time ever, continues to donate thousands of dollars to local charities in an homage to the organizations founding, and has earned 39 awards and nominations. In 2018, Sean Elias was honored by Baltimore Magazine as one of Baltimore’s 30 Visionaries for his work with Iron Crow Theatre and it’s impact on the greater Baltimore region. In 2017, Iron Crow Theatre was named Best Breakout Theatre by Baltimore Magazine and in 2016, was named Best Professional Theatre by MD Theatre Guide. For Iron Crow Theatre, Sean has directed 7 award-winning, record-breaking, and/or critically acclaimed productions including The Rocky Horror Show, Edith Can Shoot Things & Hit Them, The Cradle Will Rock, A New Brain, and The Wild Party.

In the classroom, Sean emphasizes project-based, experiential, and interdisciplinary learning, expanding the learner’s capacity to think critically and solve problems creatively. With a background in theatre education for community development, Sean’s lessons promote an understanding of both craft and socio-political context in hopes of increasing the learner’s civic engagement. A passionate advocate for the differentiated learner, Sean believes strongly that the art of educational drama encourages students to discover, analyze, and express themselves in ways never before thought possible. Sean's students have been the recipients of both state-wide and national championships, and have been offered tens of thousands of dollars in talent based scholarships to some of the nations most prestigious performing arts programs. Most recently, Sean’s production of Peter and the Starcatcher for the Jemicy School, was one of only eleven productions from across the United States and Canada invited to perform on the Main Stage at the 2019 International Thespian Festival. Previously, Sean has served as a Resident Teaching Artist and/or faculty member with private and public middle and high schools, the renowned Center Stage Theatre, Towson University, and continues to teach in both public and private universities and community outreach programs.

As an actor, Sean Elias has worked Off-Broadway at The New Victory Theatre in the heart of New York’s Times Square, on tour, and in Equity theatres across the northeast including the Kennedy Center for the Performing Arts, Roundhouse Theatre, Adventure Theatre, The Weathervane Theatre, Forestburgh Playhouse, and The Eagle Theatre. Favorite previous credits include Suzan-Lori Parks’ Venus (Baron Docteur, Irene Ryan Nomination), The Cradle Will Rock (Rev. Salvation), Into the Woods (Rapunzel's Prince/Milky White), Joseph and the Amazing Technicolor Dreamcoat (Joseph, Perry Award Nomination), Shakespeare’s Much Ado About Nothing (Dogberry/Ursula/Balthazar), and Stephen Sondheim’s Assassins (Giuseppe Zangara). Sean has also performed in various cabaret venues throughout New York City including The Duplex, The Underground and the legendary Don't Tell Mama's.

Sean holds a B.F.A. in Musical Theatre Performance from The University of the Arts, and an M.A. in Theatre Education from Emerson College.