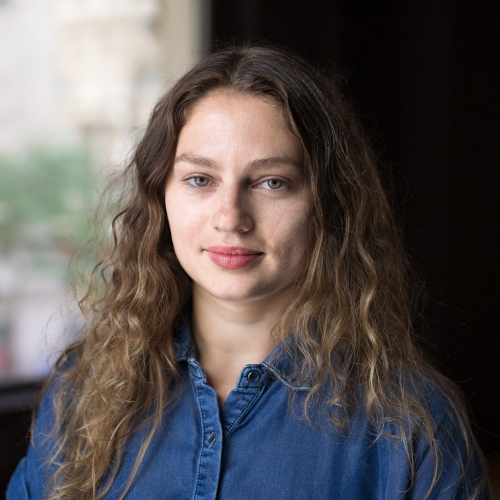 Lauren Bakst is a New York based artist working in the expanded field of dance and performance practices. Her work is informed by her movements between choreographic, pedagogical, and discursive modes of thinking and making. Lauren's work has been commissioned by SculptureCenter (2017), Danspace Project (2016), and Pioneer Works (2015). Her performances have also been presented at Klaus von Nichtssagend Gallery, The Drawing Center, Movement Research at Judson Church, MANIFESTA, Pieter, the Knockdown Center, and Abrons Arts Center, among others. She has held residencies at Pieter, Mount Tremper Arts, and Tanzhaus Zurich. She was a 2014-15 Open Sessions Artist at The Drawing Center, a 2014 danceWEB scholarship recipient at ImpulsTanz, Vienna, and the Research & Development Season Fellow at the New Museum for their 2014-15 season focusing on Choreography. Bakst is the Managing Editor of the Movement Research Performance Journal. Her writing has been published in BOMB Magazine, where she was also the Online Performance Editor from 2011-2014, as well as by Danspace Project Journal, ICA Philadelphia Notes, and the New Museum.

Bakst is an Adjunct Assistant Professor in the School of Dance at University of the Arts where she teaches Junior Seminar, a course focused on the development of students' individual choreographic research and artistic practices. In Spring 2017, she led this is how we work—a collective choreographic research lab that extended into summer research at the CND in Paris as a part of "Camping." Since 2011, she has curated the Knowing Dance More lecture series. Bakst also teaches performance at the Cooper Union School of Art, where she was a recipient of a 2017 Benjamin Menschel Distinguished Visiting Professor Award. Bakst holds a BA/BFA summa cum laude from Hollins University, where she studied Dance and Gender Studies.