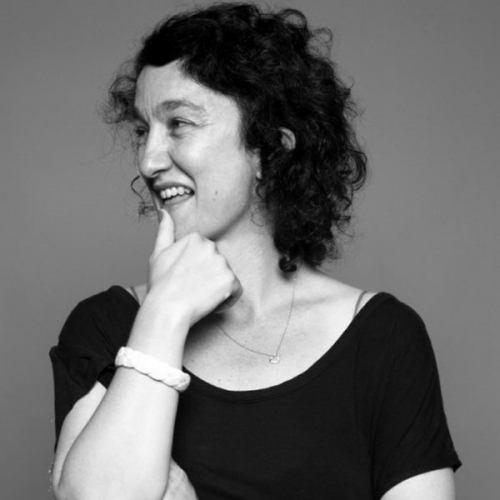 Jeanine Durning (NY) is an artist working in dance and performance. Her work has been described by The New Yorker as having both “the potential for philosophical revelation and theatrical disaster.” Her ongoing research is based on a practice she calls nonstopping which has yielded several performance works, including her solo inging (based on nonstop speaking) and the group work To Being (based on nonstop moving). Durning has performed inging more than 40 times across the US, in Europe and Canada. Her choreographic work has been supported by numerous grants and residencies including The Alpert Award for Choreography, The New York Foundation for the Arts, a Movement Research Artist in Residence/NYC, a Dance in Process Residency through Gibney Dance/NYC, and a Viola Farber Residency through Sarah Lawrence College. In support of her new solo project dark matter, selfish portrait, Durning has received residencies at Seoul Dance Center, Korea through Movement Research Exchange and Asian Cultural Council, the Rauschenberg Foundation Residency, and several MANCC residencies, made possible through the Mellon Foundation. As a performer, Jeanine has had the privilege over the years to collaborate with many choreographers, including pioneer Deborah Hay, since 2005. From 2010-2013, she was involved with Hay’s work with Motion Bank (a project of the Forsythe Company). Durning has a dedicated teaching practice and has been guest faculty at SNDO/Amsterdam, HZT/Berlin, Movement Research, New School/Lang College, and WAC/UCLA, among many others. Upcoming projects include commissions for Toronto Dance Theatre (2019) and Candoco/London (2020), and creation of a new ensemble work by Deborah Hay.