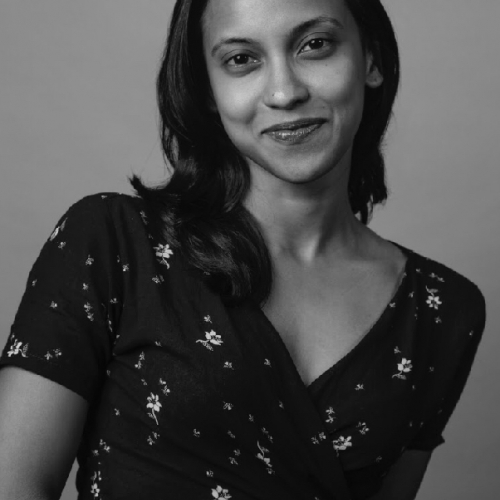 Umeshi Rajeedra is a Sri Lankan-based choreographer, dancer, dance educator and movement coach for theatre. She is the Founder and Artistic Director of Mesh Academy of Dance and Mesh Dance Theatre, as well as a Dance Lecturer at the University of Visual and Performing Arts and the University of Peradeniya in Sri Lanka. Having made her dancing debut at the age of six, Umeshi received her Bachelor of Arts (BA) in Dance and Economics with a minor in Political Science, specifically focusing on choreography, from Denison University in Ohio, USA. Upon graduating she worked in Ohio and New York as a dancer and collaborator while simultaneously working in marketing for the arts, and upon moving back home, she performed across South Asia.  She has taught both in the US and in Sri Lanka, and continues to find herself traversing between the two countries as an embodied exchange.

Umeshi has performed and worked with reputable artists such as South African artist Dada Masilo, US artists Olivier Tarpaga, Sandra Mathern Smith, Stafford Berry, Julie Fox and Jesse Zaritt. In 2015, she was a speaker at the prestigious Ted X Colombo platform, and in 2016, she was invited by Denison University as a Speaker to inspire the next generation of students and given a full scholarship to be a part of the International Choreographer's Residency Program at the American Dance Festival held at Duke University with whom she has an on-going partnership. Umeshi’s unique and dynamic style is in a place of in-between, existing in the cracks of a block of traditional and movement forms such as contemporary dance, traditional kandyan and bharathanatayam, jazz, African diaspora, and hip hop.