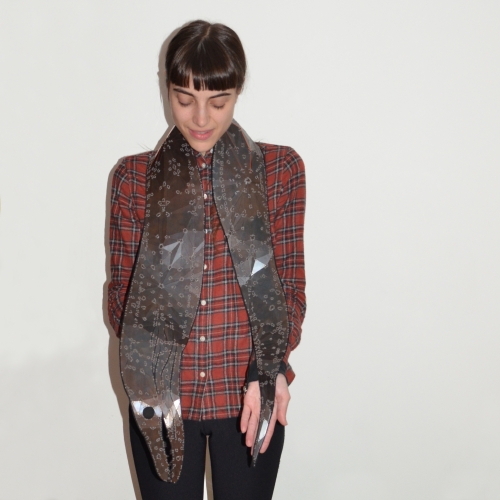 For Patton Oswalt, our most unique piece was a custom sword featuring a hilt with a hidden removable (and functional!) sterling whiskey flask, and two sterling cups. 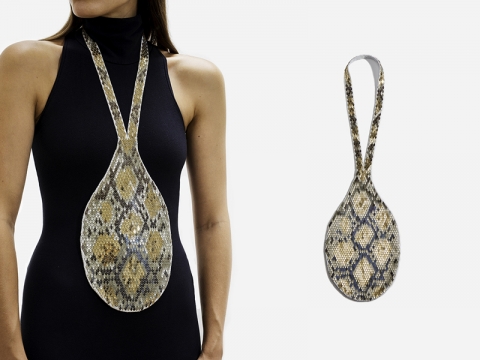 Mallory Weston's unique jewelry earned her significant attention even before she graduated from UArts in 2009; that tends to happen when someone like comedian Patton Oswalt commissions several pieces by you and two of your undergraduate classmates.

Approaching Oswalt after a local show, the three fans gave him their card, he checked out their websites and eventually became a repeat client. Mallory's work is also in the collections of science fiction writer Harlan Ellison and the CODA Museum in the Netherlands.

Mallory works with a variety of media including metal, fiber, concrete and spray-paint, creating bold, compelling and interactive wearable art. Her work has appeared in several significant exhibitions such as “Siamese Connection” at Brooklyn Metal Works, “Seams Seems” at MADA Gallery at Monash University in Australia and the traveling exhibitions “Suspended In Pink” and “Suspended In Green.” In addition to these exhibitions, she was also the recipient of the 2013 Marzee Graduate Prize, awarded during the annual Galerie Marzee International Graduate Jewellery Show.