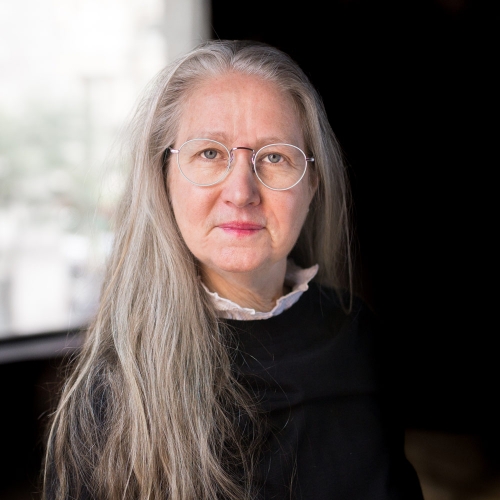 Donna Faye Burchfield has been professor and director of the School of Dance at the University of the Arts since 2010. Beginning in 2012, she formed a working relationship with the artistic staff at the Painted Bride Arts Center in Philadelphia as an artistic advisor. In this role, she helped to guide the Bride’s 2016 Re-PLACE-ing Philadelphia Project with support from the Pew Center for Arts & Heritage. Upon her relocation to Philadelphia, she served on the Dance/USA Philadelphia’s Advisory Committee and as a co-chair for the national conference for Dance/USA (June 2013). She also co-chaired and hosted at UArts the Society for Dance History Scholars conference: Dance and the Social City (June, 2012).

Before arriving at UArts, she worked with the American Dance Festival (ADF) for over two decades, serving as dean of the international school from 2000 to 2010. While at the ADF, she developed curriculum, managed international exchange programs, hired and recruited festival faculty, lead national and international school recruitment efforts; all in addition to developing and teaching a multitude of courses. As a professor of dance at Hollins University (HU) from 1993 to 2010, she developed and directed the HU/ADF MFA program (a first of its kind program), as well as the Post-Baccalaureate and combined BA/BFA degree programs in collaboration with the ADF. At Hollins she hosted the American College Dance Festival on two occasions, and the 2008 CORD conference: Dance Studies and Global Feminisms (Congress on Research in Dance). She also received the Herta Freitag Faculty Legacy Award for Distinguished Service.

In May of 2014, she received a distinguished honorary fellowship from Jerusalem Academy of Music and Dance in Israel with Neta Pulvermacher as the Dean of Dance. The award is given to distinguished artists whose artistic and educational visions have made a remarkable contribution to the fields of music and dance. She was awarded the esteemed Balasaraswati/ Joy Ann Dewey Beinecke Award and Endowed Chair for Distinguished teaching at the 2011 American Dance Festival. In 2006, she received the North Carolina School for the Arts Outstanding Teacher in Performance Award for contributions to the dance program at NCSA and the state of North Carolina. She has served on a multitude of panels and organizations around the globe in support of dance and the arts throughout her career.