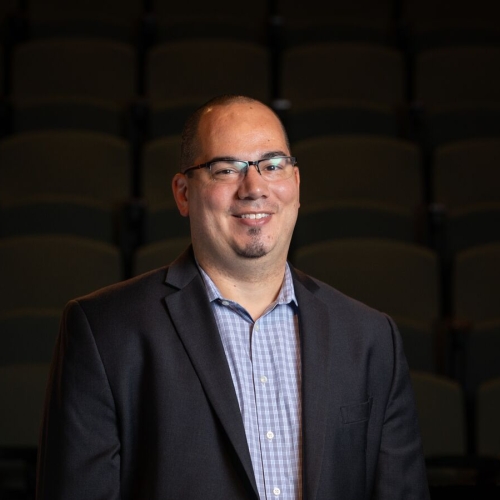 Micah Jones is Instrumental Performance Program Director at the School of Music and has been teaching at UArts for 20 years. He was dean of the School of Music, during which time he primarily taught bass lessons and ensembles. Jones has performed and recorded with many artists, with one special highlight being a short tour with Terence Blanchard and recording and producing a project with his wife, Tiffany Jones.

Jones has performed in concert and club settings with Terence Blanchard, Randy Brecker, Patti LaBelle, Ben Vereen and for more than 20 years with the Don Glanden Trio. He has recently arranged and produced an EP with his wife, vocalist Tiffany Jones, titled Him.

He has also performed and recorded with saxophonist Ben Schachter’s Trio of Many and Monkadelphia for many years. Jones has begun to create solo content for bass and for a bass and vocal duo with Tiffany Jones.

Him, Tiffany Jones; arranged and produced by Micah Jones