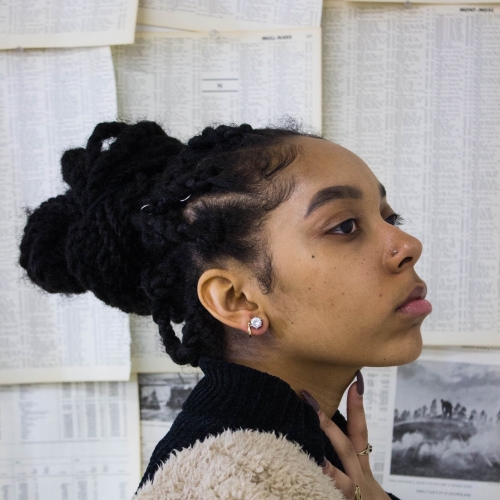 It may not be much, but I finished it and that’s enough to get me through the next draft.

Jordyn Anderson is a Writing for Film & TV major at The University of the Arts. Born in Charlotte, North Carolina, Jordyn was raised as an only child that found interest in the arts as a way to keep herself entertained and busy. In middle school, she decided that she wanted to pursue a career in the arts. It was not until her last year of high school that she discovered her love of writing scripts, which came about more as a passion for writing than for filmmaking. Jordyn uses screenwriting to communicate ideas and perspectives to people that would otherwise be swept under the rug. She believes society disproportionately picks and chooses stories that deserve recognition and not topics that truly affect people that look like her and could make a significant difference. Her goal is to make people feel uncomfortable and to tell stories that make people question themselves, authority and the truth. Her work aims to trigger readers and viewers to their limit.

Learn more about Screenwriting at UArts