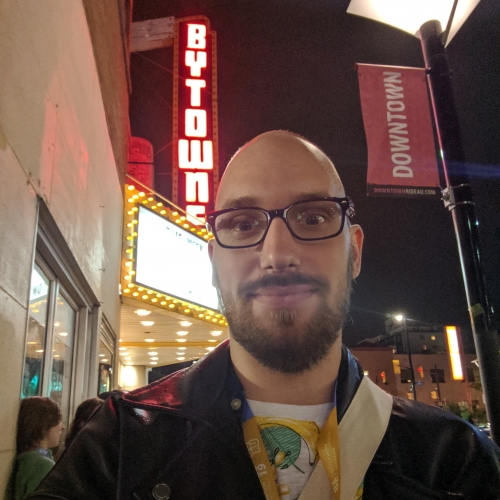 I believe the future of animation right now has some of the widest possibilities with cheaper software, VR, and Makerspace equipment. With the new facilities starting up, I’m jealous to be graduating so soon.

Growing up in the late 90’s, I had amazing animated shows to look up to such as Aaahh!!! Real Monsters, Angry Beavers, Hey Arnold, Rugrats, Rocket Power and the swarm of anime shows flooding the screens. All throughout grade school I would draw my favorite characters on any piece of paper I had.

My first attempt at college was marred by wrong choice in major. It took me a while to figure out that I needed to be in art and especially that my art had to be motion. As a non-traditional student and a transfer, I was bound to face different obstacles than freshmen coming from high school. Though once I got here, the teachers and students have been an amazing source of inspiration and motivation for me.

Thanks to UArts, in fall of 2018, I was able to travel to Angoulême, France to learn animation and graphic story-telling from teachers such as Paul Karasik. These experiences have had a strong influence of my creative process.