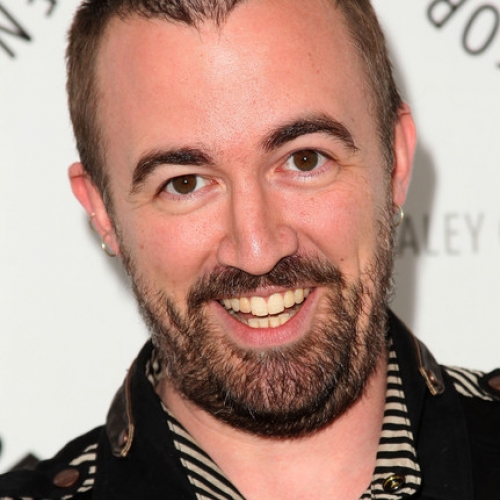 Eight years before the Emmy Award-winning series “The Grim Adventures of Billy & Mandy” debuted on Cartoon Network, Adam Maxwell Burton BFA ’96, aka Maxwell Atoms, created an animated short during his junior year at UArts. That student film, titled “Billy and Mandy in 'Trepanation of the Skull and You,'” was the inspiration for the dark animated comedy.

“The Grim Adventures of Billy & Mandy” ran for six seasons from 2003 to 2007, and is one of two spin-offs from Burton’s first Cartoon Network series, “Grim & Evil”; the other is “Evil Con Carne.” "Billy and Mandy" spawned three movies, two special episodes, 19 shorts, a video game and various licensed merchandise. In addition to two Emmy Award wins in 2006, the show won an Annie Award in 2005 and has been nominated a total of nine times for various awards.