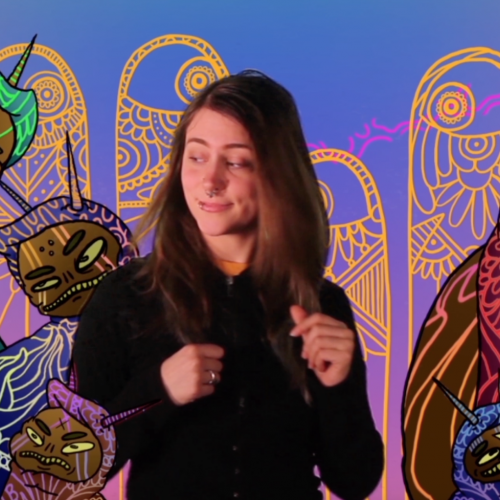 Once I saw the work emerging from UArts’ animation program, I realized that my dream of becoming a 2D-character animator and bringing my monsters alive could actually come true.

Nichola Latzgo graduated from the University of the Arts in 2018 for animation, after choosing to attend school in her late 20's. The choice to wait for the perfect education paid off; she interned at Augenblick Studios during the summer between her junior and sophomore year on the first season of the Adult Swim show The Jellies. She brought that skill set into the production of her senior thesis film, Spa Day, which won best film in the 2018 University of the Arts senior showcase alongside Joe Mineer's film, My Shoe's Untied. Spa Day was featured as Cartoon Boom's film of the day, which caught the attention of the wider animation community.

She moved to Brooklyn immediately after graduation, where she has been working as a freelance animator ever since. Projects she's worked on include assistant editor on the second season of The Jellies!, directing short films for Pitchfork and TEd ED, animating on a Two Chains music video, and compositing on two shows for Netflix, amongst other projects.

When she is not animating, she knits like crazy, reads a ton of science fiction and collects vintage toys.