Lorenzo Pugliese BFA ’19 (Musical Theater), graduate of the Ira Brind School of Theater Arts, has been touring since late September as SpongeBob SquarePants in Nickelodeon’s The Spongebob Musical, which won “Best Musical” from the 2018 Drama Desk and Outer Critics Circle Awards. The Spongebob Musical follows your favorite Bikini Bottom residents as they harness the power of optimism to save the world from catastrophe. We caught up with Lorenzo during his return to Philadelphia. 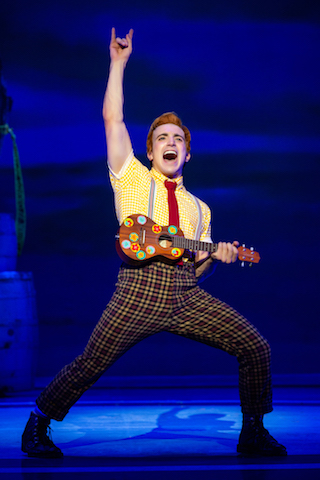 UArts: What is the most exciting thing about touring?

Pugliese: I am so excited to be able to see so many amazing cities for the first time, but I’m really most excited about coming back to Philadelphia and seeing my Philly fam. Being able to come back and perform for the city/people that made me into the artist I am is such a privilege. It feels like I’m coming home.

Pugliese: My favorite thing about playing SpongeBob is the effect that this show can have on people. The ability this show has to spread joy is sometimes unbelievable, and being able to bring all of that joy to people across the country is a gift.


UArts: What was the best advice you ever received from a UArts instructor or advisor?

Pugliese: I remember my last semester of junior year when I had Rosey Hay as a teacher; she talked to me about my written work and how I seemed to not be very interested in it. And yet somehow I still had strong performances. She then told me that she believed I was doing the work internally...and for the first time, I really felt like my process was valid. I think that that interaction really gave me the confidence I needed to open myself up and figure out what methods really worked for me when it came to character/scene work.

UArts is a great place to go if you want to learn how to harness that raw ability and turn it into a super cool laser beam of good art!

UArts: How did your education prepare you for professional theater or for this role?

Pugliese: I think the emphasis on truth, specificity and structure above all else really did wonders for me. I think there are a lot of young actors out in the world that have so much raw ability, and I think that UArts is a great place to go if you want to learn how to harness that raw ability and turn it into a super cool laser beam of good art! Also, the devised work we did in school gave me a bit of a head start when I was working with Tina Landau, our director, who is also a queen of devising.


UArts: What was your favorite show to work on at UArts and why?

Pugliese: My favorite show to work on at UArts was American Idiot. It has a special place in my heart because not only was it my first UArts show, but it was also my first show in almost two years. It had been so long because I was going through a really tough time mentally, and doing that show helped me start to conquer my pent-up performance anxieties. I think that this show was the start of a snowball effect that brought me to where I am today! It was also just one hell of a show with a fantastically talented and loving cast and creative team. Great bonds were made. 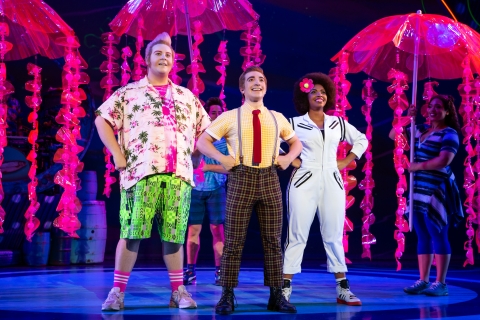 UArts: What was your favorite class?

Pugliese: There are a few really cool classes that I was surprised I enjoyed—mostly thanks to great teachers—but I’d probably have to say that Songwriting was my favorite class I took at UArts. It helped me find myself a bit, and I think it made me a more well-rounded artist.


UArts: Any advice to incoming students or students considering a career in the arts?

Pugliese: To incoming students—if you simply want to leave school transformed into a musical theater machine, you should go somewhere else. But if you want to leave school as a well-rounded artist with a great awareness of who you are, what is going on in the world and what you would like to do with your talents, UArts is the place to go.

The SpongeBob Musical is playing at the Forrest Theatre until Dec. 15.

Learn about the Musical Theater program at UArts.