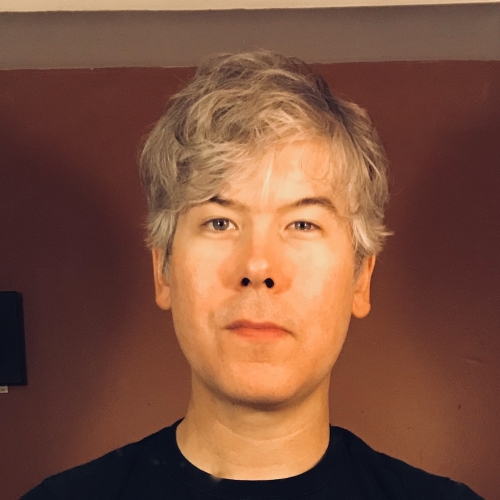 Michael Johnson is an accomplished performer, producer, recording engineer and label founder who leads UArts' Music Business, Entrepreneurship and Technology program. He's been very active in the American independent rock universe for the last two decades, having been a part of releases on labels including Sub Pop, Matador, Ninja Tune and his own imprint, Boiled Records.

Michael has performed on or engineered albums by Kurt Vile, Daedelus, The War on Drugs, Nightlands, Lilys, Holopaw, Japanese Breakfast and Pattern Is Movement, as well as his Ape School project. He has toured the United States and Europe extensively and shared the stage with the aforementioned artists and such rock luminaries as Dinosaur Jr., Iron & Wine and Isaac Brock (Modest Mouse). His music has been featured in film, advertising and television in recent years, including campaigns from Chanel and shows such as Showtime’s Shameless.

In 2016, he partnered with a Canadian colleague to form Boiled Records, an international label intended to bring obscure and imaginative music to an unwitting public. Boiled has enjoyed surprising success with one group, FET.NAT, placing in the final 10 for Canada’s Polaris award and another, Sessa, is making serious international inroads. Boiled is now Michael’s primary focus outside of his work at UArts, though he is still occasionally active in the studio with other projects.

Over the years, his efforts and exploits have been featured in the likes of Rolling Stone, Pitchfork.com, CNN, Playboy Magazine, Newsweek and MTV.