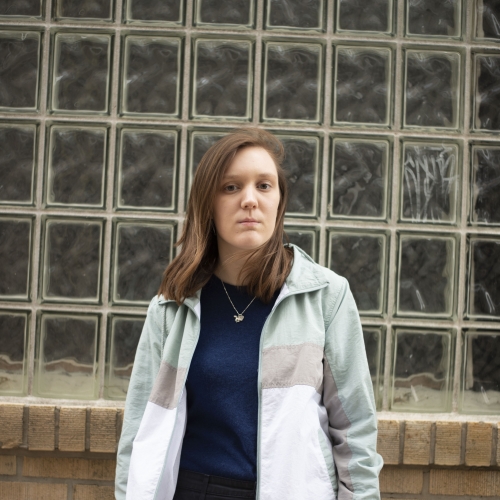 Don’t let anyone make you believe that it’s not cool to care about what you do.

Born and raised in the suburbs of Philadelphia, Lily McKown has been writing and recording music since the age of 14. She has previously been involved with Girls Rock Philly where she met the MBET alum Julia Rainer who introduced her to the program. During Lily’s first semester, she recorded her first EP Sea of Junk at Guilford Sound in Vermont. Later that Summer she did an internship at Guilford where she was an assistant engineer for multiple recording sessions.

At the end of her first year at UArts, Lily met percussion major August Schultz. They began rehearsing together as Lily was finishing writing her debut album Backseat Driver. The album was recorded in December of 2019 at Berlin Studios by Joe Michelini (American Trappist, River City Extension).

Lily’s work has been featured by numerous local and worldwide publications including WXPN, The Philadelphia Globe, Gold Flake Paint and Post-Trash.

Listen to Lily McKown on Bandcamp

Listen to Backseat Driver on Spotify