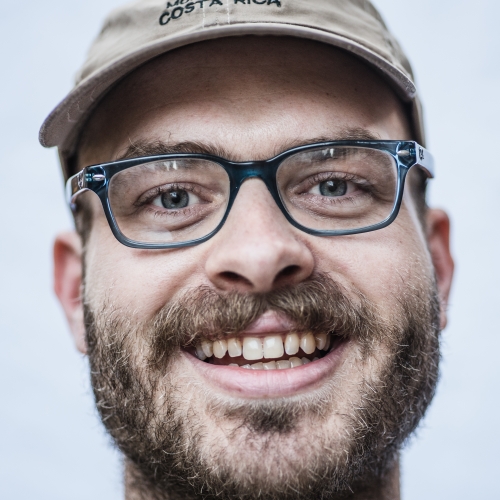 Study the teachings of the pine tree, the bamboo, and the plum blossom. The pine is evergreen, firmly rooted, and venerable. The bamboo is strong, resilient, unbreakable. The plum blossom is hardy, fragrant, and elegant.”–Morihei Ueshiba

Justin Bernard is a Philadelphia based educator, designer, and fabricator who earned a Bachelor of Architecture from Temple University. There, Justin formed the group studioRON along with Eric Mayer. studioRON is a design collective whose speculative and contract work is pursued through the development and fabrication of architecturally focused drawings, installations, prototypes and inhabitable spaces.

Justin’s work is anchored in gravity. It emphasizes process and is grounded in materials, machines, fabrication, drawing and experimentation. His work is fueled by site and speculation. The work prioritizes discovery and craft over the final output; no object is cherished. He values curiosity and exploration on his journey with materials, processes, collaboration and fabrication. As always, he brings his full energy and passion, along with an open mind and spirit to the work. Justin seeks to SOAK in all and RADIATE out.

Justin has participated in a variety of international workshops and exhibits. In 2018, he was invited to the Architectural Association’s Summer Build program in Beaminster, United Kingdom. He participated in Umbau’s screen-printing workshops in Kraków, Poland, in 2016, 2017 and 2018. In 2017, Justin helped lead a design + fabrication studio in collaboration with the James Madison and Temple University Architecture departments. The studio was hosted in the Cloud Forests of Monteverde, Costa Rica, where a team of faculty and students prototyped a series of cloud producing kites or “Cloud Magnets.” In 2015, Justin participated in the Ikea Bauhaus Summer workshop in Dessau, Germany.