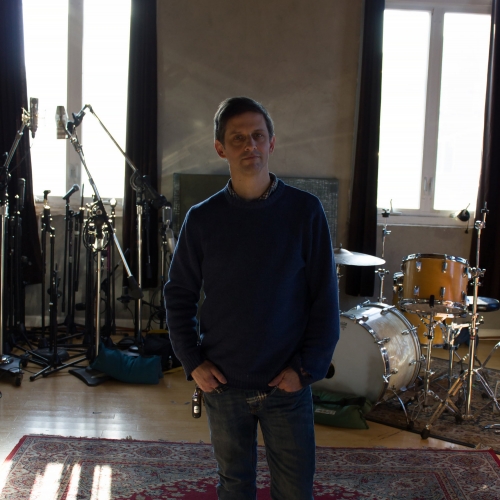 For over two decades, Brian McTear has been a nationally respected record producer, musician and owner of Philadelphia’s revered Miner Street Recordings—the studio that is home to music by The War on Drugs, Kurt Vile, Sharon Van Etten, Waxahatchee and more. In 2010, he produced the song “Meet the Frownies” by Mr Twin Sister, providing the main hooks for Kendrick Lamar’s breakout single “The Recipe”. In 2011, McTear mixed Joan Osborne’s Grammy-nominated blues album Bring It On Home.

McTear is the founder of Weathervane Music, the 501(c)(3) nonprofit organization that produces the documentary music series Shaking Through, of which McTear is the host. Shaking Through highlights the importance of creative expression while showing the inspiration, processes and techniques behind recording music.

McTear grew up outside of Philadelphia and was one of seven kids. He has cystic fibrosis (CF), a rare but deadly disease, though he has survived far beyond what was expected when diagnosed as a child.

Cystic Fibrosis has had a greater impact on my life than anything else. This humbling disease is undoubtedly the reason I can empathize with artists and prioritize actions and attitudes that help them achieve their goals.