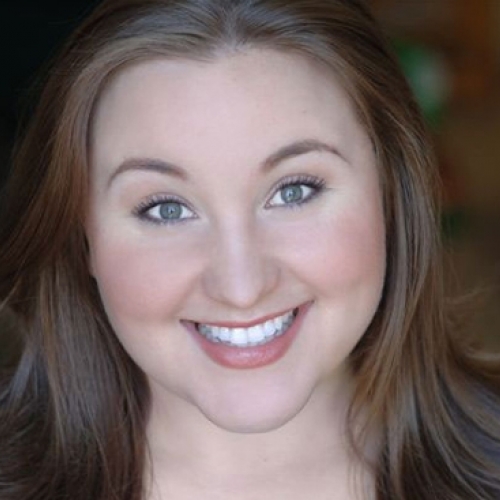 Divinity and disco may not be an obvious combination, but putting them together is no problem for Sister Mary Patrick in "Sister Act." 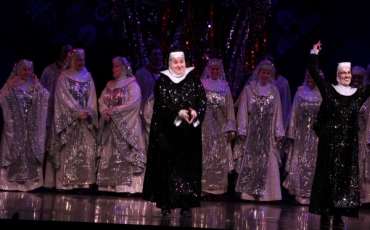 As the Broadway originator of the joyful, uninhibited character, Sarah Bolt BFA '03 (Musical Theater) tapped into her own jovial side to bring the beloved nun from screen to stage.

Based upon the 1992 film starring Whoopi Goldberg, the show featured 1970s-inspired glitzy musical numbers in the tale of Deloris Van Cartier, a nightclub singer who hides in a convent after wit­nessing a crime. Though her unorthodox antics earn frowns from the Mother Superior, Deloris inspires the other nuns to embrace change. She soon leads their choir to unprecedented success, with the help of Mary Patrick's contagious enthusiasm.

Sarah's own success winning the principal role of Mary Patrick followed more than two years in the Broadway ensemble of "Wicked." Earlier, she toured Europe as Jan in "Grease," a part she lined up prior to her UArts graduation. Through Senior Lecturer Jen Childs BFA '90 (Theater), co-founder of the Philadelphia theater company 1812 Productions, Sarah was also able to appear in a professional musical while still a student. "I think she really helped me hone those comedic chops that I have to use all the time," Sarah says.

She and her fellow "Sister Act" cast members performed on "Good Morning America," "The View" and "Dancing with the Stars," as well as at Macy's Thanksgiving Day Parade and the 2011 Tony Awards ceremony. The cast met President Obama backstage when the show was chosen to host the first major Broadway fundraiser of his re-election campaign.