In the years since Craig Holden Feinberg graduated from UArts, he has traveled the world creating innovative work for an impressive array of clients — and he credits his good fortune with a great start in Philadelphia.

“The place had a humble vibe … and at the [UArts] open houses all the people were excited. I knew I wanted to be there.”

Raised in Columbia, Md., he had many schools from which to choose, but it was his acquaintance with professors such as Richard Felton, whom Craig describes as “a master of branding, who pushed me to be a smart corporate identity artist,” that made the difference for him.

Another influence, Associate Professor Chris Myers, inspired a trek to Las Vegas and the production of a book that became Craig’s thesis project. The book won a Thesis Citation and Faculty Award. But by the completion of his degree, he knew he needed a breather and relocated to Denver, Colo., to ski and contemplate his next move.

After attending several AIGA (American Institute of Graphic Arts) conferences and rubbing elbows with people who encouraged him, Craig applied and was accepted to a two-week, all-expenses-paid trip to work at Fabrica, the United Colors of Benetton’s Communications Research and Development Center in Treviso, Italy.

“It’s a wine region north of Venice. They threw all these projects at you — and everything you did got produced and published,” Craig said.

He must have impressed them, because a two-week tryout became a two-year job with the company. During this time, Craig built his portfolio and made important contacts who remain his mentors and friends. But perhaps the strongest lesson from his work at Fabrica was his exposure to social issue campaigns against, among many concerns, government corruption, domestic violence and obesity. He learned his talents could make a difference. 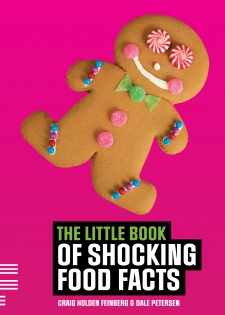 “I wanted to do more social issues work — doing work that has meaning — I have to be happy, too,” Craig said.

And making a difference with his skills and not just making a paycheck is a conscious direction for him now. He has worked closely with the World Health Organization, International Council of Nurses, La Ghirada Health Center, Cameroon Wildlife Aid Fund and Warsaw Children’s Hospital at Fabrica.

Craig went on to win awards for his work on the 2004 Reporters Without Borders campaign in Paris and was a Silver Prize winner of the 2004 Design Do! competition, sponsored by the International Design Center Nagoya (IDCN) in Nagoya, Japan.

He has worked at advertising agencies in Miami, Montreal, Washington, D.C., Denver, and now Reno with the agency that created the “What Happens in Vegas Stays in Vegas” campaign. In addition to lecturing at UArts, he has lectured in Italy, England, Germany, Japan, the National AIGA Conference on Image, Object, Space in Colorado, and has presented two, three-day workshops at Metropolitan State College of Denver.

Through his personal design business, Begson, Craig has produced a book project for Taschen titled Contemporary Graphic Design and he’s working on the graphic art design for a book series with Fiell Publishing. The first project in the series, The Little Book of Shocking Food Facts, won the Gold Award Prize at the 2011 International Design Awards in Los Angeles.

When you ask Craig what the next 10 years hold, he laughs and says, “I feel like I’m just warming up!”