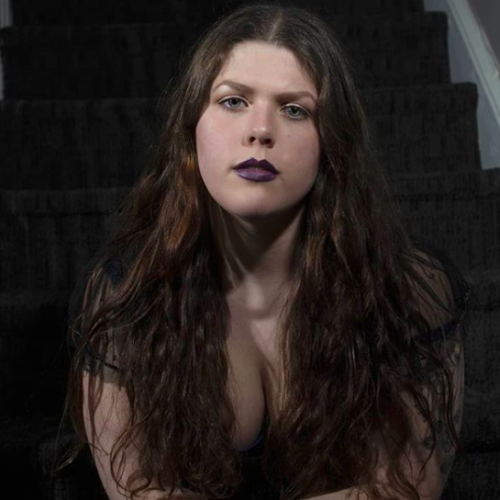 I've always been thankful for my imagination and my ability to construct new worlds from words, because imagination is freedom and words are currency.

Zoe Darazsdi is a writer who currently resides in Philadelphia, but was born and raised in the boonies of Northeastern PA. She became interested in writing at a very young age, because her mother read to her for hours in their secluded home. Zoe uses the dense woods and swamplands of her youth as inspiration for her stories about how moss and chaotic energies clot on logs or how abandoned houses, and the spirits trapped inside them, rot. She works for Paperback Literary Journal as Prose Editor and instructor of horror and magical realism writing workshops. She has received support from the President's Fund for Excellence to attend the Juniper Institute in at the University of Massachusetts, Amherst. While at UArts, she was the Prose Editor of Underground Pool, UArts' journal of literary arts, as well as the organizer and host of the magazine's open mic events. Her writing has been published in a number of Philly publications and she performs often at writers' events around the city.

"For me, writing is about reimagining the world as a place that both excites me and validates my experiences. I grew up as 'the weird kid' who saw witches and ghosts where others saw simple woodlands. So, my stories are often about outcasts who are sensitive enough to interpret and vanquish perils others can't perceive, or find beauty in places others don't notice. I've always been thankful for my imagination and my ability to construct new worlds from words, because imagination is freedom and words are currency."