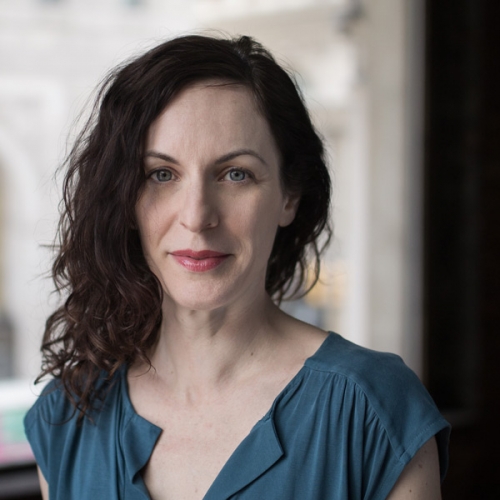 Sara Procopio is a Brooklyn-based dance artist, educator and arts manager. As a founding company member and Artistic Associate of Shen Wei Dance Arts from 2001-2012, her work with Shen Wei included originating roles in ten works while also fulfilling company management responsibilities. From 2012-2019, she performed in the work of choreographer and media artist Jonah Bokaer with global appearances including the BAM Next Wave Festival, Brisbane Festival, Lyon Biennale and the National Theater of Serbia.

Sara’s teaching practice has led her to facilitate workshops, organize intensives, and stage repertory at renowned institutions and festivals throughout Europe, Asia, Australia and the U.S., including the Paolo Grassi School in Milan, the Korea International Dance Festival in Seoul, Peridance, Gibney Dance Center, Jacob’s Pillow Dance Festival and the American Dance Festival where she has been a faculty member since 2008. Sara has taught at high schools, colleges, universities, and youth programs including The University of North Carolina School for the Arts, Connecticut College, Rutgers University, Middlebury College, Hollins University, Marymount Manhattan College, Dancewave and University of the Arts where she has taught since 2011. She has also created and directed choreographic works for students at the Florida School of the Arts, Brooklyn Arts Exchange and the Greenville Fine Arts Center.

Throughout her career, Sara has served as a grant writer and arts manager. In 2012-2013, she was an Arts Management Fellow through a program of the DeVos Institute of Arts Management at the Kennedy Center in conjunction with the Brooklyn Academy of Music’s Professional Development Program. Since 2015, Sara has worked with Big Dance Theater providing administrative support in the areas of company management, finance and development.