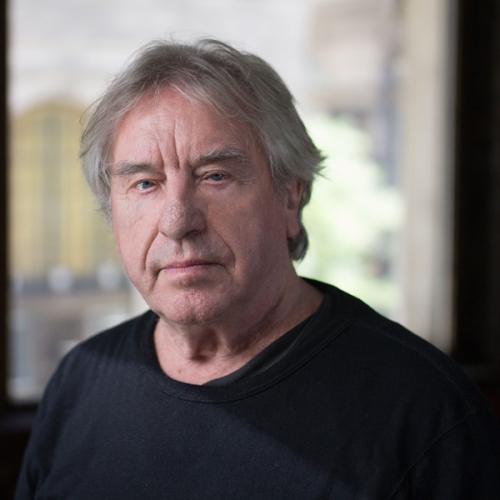 Manfred Fischbeck is the artistic and executive director of Group Motion Multimedia Dance Theater. Originally from Berlin, Germany, he studied literature and theater at the Freie Universitaet and was professionally engaged as an actor in theater and film before he moved to dance and joined the Modern Dance Company Gruppe Motion Berlin in 1967. In 1968, he relocated with Brigitta Herrmann and Hellmut Gottschild, co-founders and co-directors of Group Motion, to Philadelphia. Since then, for more than 49 years, Manfred has been a vital force in the Philadelphia arts community, choreographing, composing, performing, teaching and touring with Group Motion locally, nationally and internationally. Together with co-founder and co-director Brigitta Herrmann, he created and conducts the famous Group Motion Workshop, held every Friday night at the Community Education Center, Philadelphia and in week-long retreats at various centers throughout the U.S. and abroad.

He and Group Motion have traveled to Germany, France, England, Cyprus, Argentina, Japan, Taiwan, Poland and Lithuania. More recently he served as project co-director in collaboration with Miriam Giguere of Drexel University of the Pew funded project Boris Charmatz/Levee des conflicts. Manfred was awarded a travel grant by UArts to visit the Tanz Kongress 2016 in Hannover, Germany. In 2015 he received a faculty grant  from UArts towards the completion of a book on Group Motion’s Structures and Games of Dance Improvisation, which is expected to be published by McFarland Press in 2018. Manfred also serves as a lecturer in the Theater Arts department at the University of Pennsylvania. He has received various grant awards and fellowships, including funding from the National Endowment for the Arts, the Pennsylvania Council on the Arts, the Philadelphia Culture Fund, the PCAH and other foundations. Manfred is an adjunct associate professor in the School of Dance at UArts where he has served on faculty since 1985.