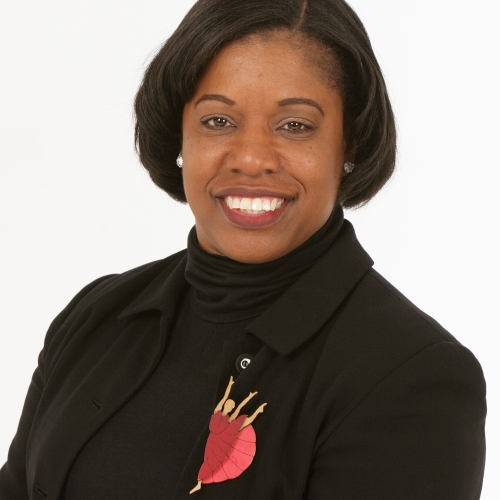 Kim is a 1984 (B.F.A.) graduate of The University of Arts. Hailed from Washington, DC – a Proud Alum of Duke Ellington School of Performing Arts – Ms. Bears-Bailey is currently the Artistic Director with The Philadelphia Dance Company/PHILADANCO. Kim joined PHILADANCO in 1981 and retired from the stage in 2000. Kim represented PHILADANCO at the 1988 American Dance Festival as a soloist where she performed two works by Dr. Pearl Primus.  Kim is one of few artists granted permission to remount the works of many world-renowned choreographers including Talley Beatty, Pearl Primus, Gene Hill Sagan and Louis Johnson.  Under the direction of Donna Faye Burchfield (Dean) and support from the School of Dance Ms. Bears-Bailey produced, reconstructed and directed two evening length showcases; “Celebrating the Legacy of African-American Dance Pioneer Pearl Primus" and 'Celebrating Master Choreographer Louis Johnson', both with performances and panel discussions as part of an American Masterpieces Project. She received the Mary Louise Beitzel Award for Distinguished Teaching and the Silver Star Alumni Award from UArts. Kim choreographs, directs and produces an annual ‘Dancing with the Stars of Philadelphia’ event.  Kim received the 2017 ‘Bring it to the Marley’ Icon Award and the 2018 ‘Legacy Award’ from DCNS Dance.