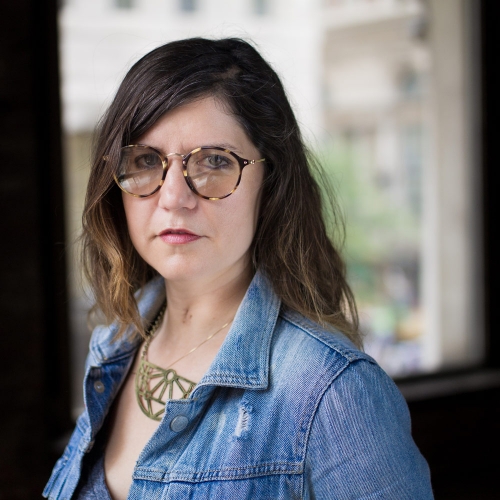 Jillian Peña is a dance and video artist whose work seeks to make visible the confusion and desire of the self in relationship to itself and others. Her work is in dialogue with psychoanalysis, queer theory, pop media, and spirituality. Jillian was nominated for a 2016 Bessie Award for Emerging Choreographer in New York and was awarded the Prix Jardin d’Europe, the European Prize for Outstanding Emerging Choreography, 2014 at ImpulsTanz Dance Festival in Vienna. She has been presented internationally, including at Danspace Project, The Chocolate Factory, Dance Theater Workshop and The Kitchen in New York, and at American Dance Institute, ImPulsTanz Vienna, Sophiensaele Berlin, Modern Art Oxford, and the International Festival of Contemporary Art Slovenia. Jillian has created work for American Ballet Theater and the University of the Arts. She has been in residence at LMCC, PS122, Brooklyn Arts Exchange, Movement Research, the National Dance Center of Bucharest, and Archauz Denmark. She was a Jack Kent Cooke Graduate Scholar during which she was awarded an MFA from the Art Institute of Chicago, where she was a fellowship recipient, and a Practice-based MPhil at Goldsmiths University.