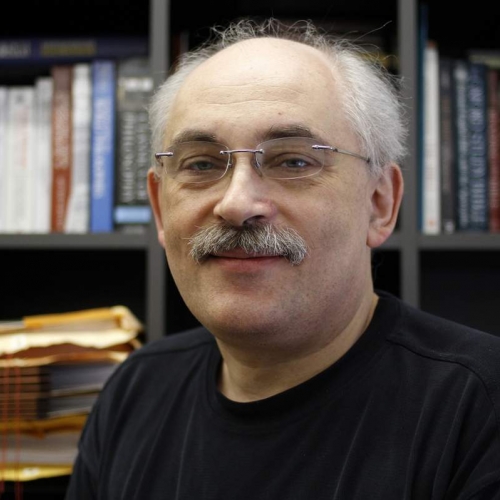 Mikhail Sergeev holds a Master’s degree in religious studies (1992) and a doctorate in philosophy of religion (1997) from Temple University in Philadelphia, Pennsylvania, USA. He teaches the history of religion, philosophy, and modern art at the University of the Arts. He is also chair of and faculty in the Wilmette Institute’s Department of Philosophy, Religion, and Theology. Dr. Sergeev has authored many articles on the history of religion, philosophy, and contemporary art that have been published in Russian and American scholarly journals. He has also written and contributed to several books, including Russia Abroad: An Anthology of Contemporary Philosophical Thought,The Project of the Enlightenment: Essays on Religion, Philosophy and Art and Sophiology in Russian Orthodoxy: Solove’ev, Bulgakov, Losskii and Berdiaev.