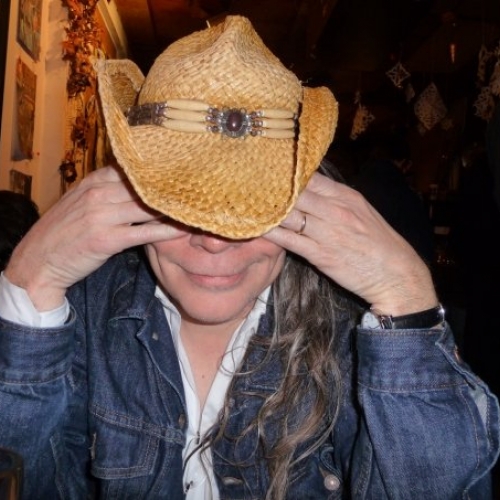 Chris Myers teaches in the Graphic Design and the Core Studies Programs. He has taught collaborative courses and workshops with faculty representing nearly every school within the University. He has been a Visiting Artist in Visual Communication at California Institute of Arts; Visiting Artist at Fulan University, Shanghai; Visiting Designer at Musachino Art University, Tokyo; and at the Jilin Animation Institute, Changchuan, China, where he holds the rank of Honorary Visiting Professor. He has spoken at national forums on Teaching and Learning, and lectured at universities in the United States, Canada, and Asia on issues of design history, pedagogy, criticism, and practice. He currently serves as the senior graphic design on-site reviewer for university accreditation for the National Association of Schools of Art and Design and the American Institute of Graphic Arts. Mr. Myers has been the recipient of an individual designer’s grant from the National Endowment for the Arts. The work of students of Mr. Myers have been published nationally and internationally. In 2016, he was honored with the Richard C. Von Hess Prize by The University of the Arts for distinguished teaching.

Within design communities, Mr. Myers has served on the national board of the American Center for Design and the international board of the Graphic Design Education Association. He served on the founding advisory board to create the Diversity and Inclusion Archives for the American Institute of Graphic Arts (AIGA), was a respondent on the first AIGA white papers on Graphic Design Education, and was an invited guest to the first conference of the Organization of Black Designers. His work with the Office of Mayer & Myers, Philadelphia has been recognized in numerous national competitions and exhibited nationally and internationally. In addition to recognition within design communities, the Office of Mayer and Myers has been recognized by the American Bar Association, the American Dietetic Association, the American Association of Museums, the Council for Advancement and Support of Education, and has been commended by the United State Department of Agriculture and the President’s Council on the Arts and Humanities, First Lady Hillary Clinton, chairman. He has consulted on curation for exhibitions of design and photography for museums and galleries, including the Walker Art Center, Minneapolis and the Museum of Modern Art, New York City. His writings on design and literary criticism have been published nationally. Writings concerning the work of the Office of Mayer & Myers and anthologies including that work have been published nationally and internationally. The work of the Office of Mayer and Myers is included in the collections of the American Institute of Graphic Arts, the Library of Congress, the national graphic design archive at the Cary Graphic Design Collection/Vignelli Center for Design Studies, and the private collection of Warren Burger, former chief justice of the United States Supreme Court.