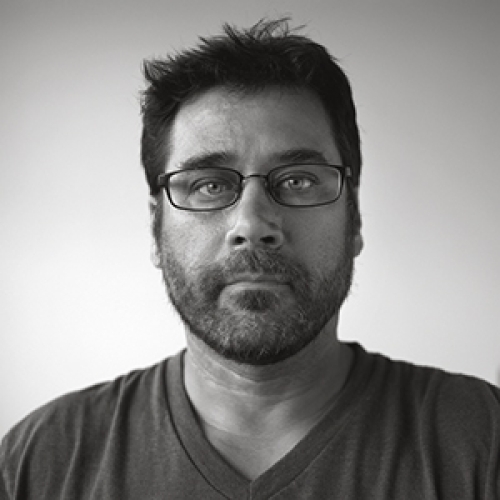 Paul Rider is an adjunct associate professor at UArts, and an artist and educator who has been working for the past 30+ years. It is a continuous learning experience. Every day is filled with new wonders and from meeting new people and visiting new places, which keeps the world vibrant and intriguing.

Working in discrete series, Rider creates his imagery by constructing still life in the studio utilizing found objects and also through the use of abstract and documentary photographic styles. One compelling theme that has driven his work is the interface and struggle between nature and manmade urban culture.

In 2008–2010, he was a fellow of the Center for Emerging Visual Artists in Philadelphia. Rider was also one of the founding members of the Philadelphia-based photographic cooperative Level 3, where he also served as exhibition curator/coordinator. He has taught photography at the university level since 2003. Rider’s photographs have been exhibited in Europe and throughout the U.S. in museums, university and commercial galleries, and various visual art centers. In 2021 Rider was a finalist in Fresh 2021 Fresh Annual Photography Exhibit at Klompching Gallery, New York City.

Rider was a Center for Emerging Visual Artists fellow (Philadelphia, 2008–2010).