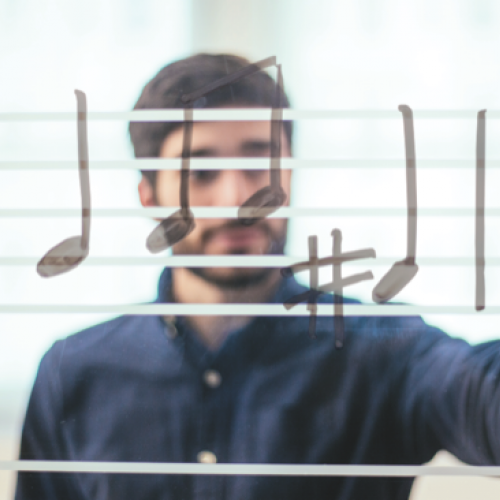 Work on every opportunity that presents itself and if you run into trouble finding some then create your own.

Mark Samani graduated from UArts with a Bachelor of Music in Composition and a Minor in Music Business, Entrepreneurship and Technology in May of 2020. His studies focused heavily on writing music for visual media in a variety of styles. As an enthusiastic advocate of interdisciplinary collaborations, Mark took numerous courses in the Film, Animation and Game Art Departments and helped to create the cross discipline “Film Scoring and Motion Studio” course in his last semester. While in school, Mark wrote music for a number of short films, animations and video games for directors and developers from Philadelphia, New York and Los Angeles.

Since graduating Mark has been freelancing for multiple clients. His recurring position includes Audio Lead Director for Team QuadraTron- first on their 2021 mobile game “Fish Heads” and most recently for their untitled, upcoming mobile game. As Audio Lead Director, Mark’s responsibilities included supervising all audio assets, including composing all music and designing all sound effects. Mark’s long-term freelance contracts include Music Copyist work on 4 publications for harp and an Audio Editor work for voice actors. Most recently, Mark was hired on his first feature film, Inconceivable to write the music.