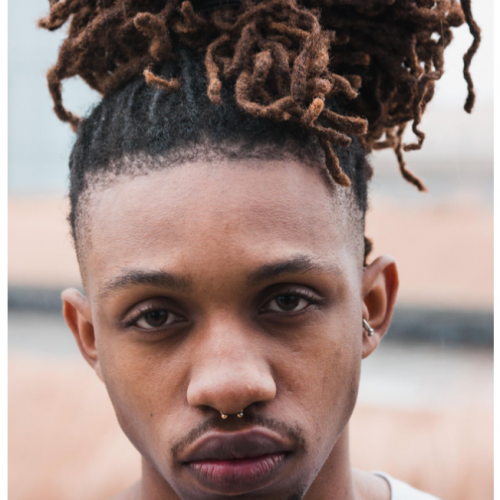 Cameron Childs, born and raised in West Philadelphia, began training for a professional dance
career at the age of 14. He has trained vigorously in the styles of tap, jazz, hip-hop, ballet,
modern and many more. He has been influenced and trained by numerous choreographers and
teachers in the Philadelphia area, such as Gwendolyn Bye, Kim Bears-Bailey, Elisa Clark,
Michael Sheridan and Gary Jeter. He has performed numerous works by Ronald K. Brown,
Mark Morris, Robert Battle, Faustin Linyekula and many more. He has recently graduated from
The University of The Arts Summer of 2021, achieving his Masters of Fine Art degree in dance.
He has also choreographed a piece in the fall of 2018, “Poverty's Paradise - The Allegory of”,
while also producing a piece called “Pathogenic Agent” in summer of 2021. While Cameron is
primarily a dancer and maker he is a published writer as well, with his first publishing by blurb in
the summer of 2021 named; “Pathogenic Agent”.

Cameron’s work at the moment consists of practices that theorize architecture, architectural
scarring and the centering and decentering of the body in relation to “buildings'' starting with
shelters (temporary dwellings run by the state for the houseless). His research breaks lineages
of architectural trauma while also taking part in different practices to discover a sense of self on
the plains of blackness as a whole. His most recent work has become invested in looking for
patterns of spatial discrimnation in Philadelphia, PA specifically using public housing
development maps as a tool. The work is manifested through a methodology of being seen by
the eyes, done by the hand and discovered through the body; this methodology is practiced
through architectural contour line drawing on speakers playing sound, using charcoal to extract
the liberative pockets of black music. This has led him to various questions; How is he
navigating architecture if it is a site of political conflict for blackness? and How is he reforming
his perception? Alongside these drawing practices, the work is intermixed with the study of
protest. The protest of sit-ins as a mode of resistance to the spaces that surround the black
body has led him to produce writings that help him break open the cracks and specks of racial
displacement. The work has ultimately been pushed towards the use of wood to discover what
acts of collective care could feel like while building an infrastructure together. This work of
construction is enveloped in the space of black therapeutic items and sounds, allowing him to
discover different lenses that help challenge the hierarchical systems that are allowed to
regulate black life, black thought and black creativity. Cameron’s strong passion to continue his
journey of being a professional intellect and dancer will and has allowed him to take every
opportunity with full dedication and commitment.