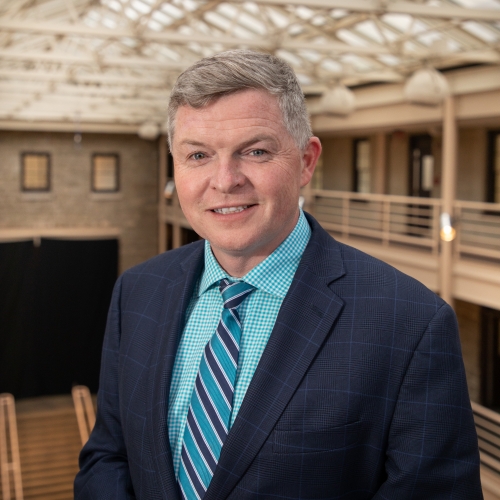 Andrew Pack leads the University's development program, as well as overseeing major gifts efforts for the University. Andrew came to UArts from Christiana Care Health System, where he served as the executive director of Development.

He has served in various fundraising leadership roles for the past 20 years, including working for the University of Pennsylvania Athletics department, where he helped raise $124 million as part of the "Making History" fundraising campaign.

Andrew graduated from LaSalle University with a Bachelor of Arts in Political Science. He resides in the Fairmount section of Philadelphia with his wife, Angie, and son, Ian.