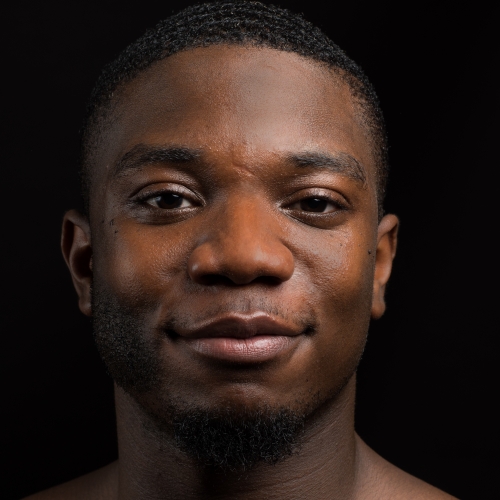 At a young age, Trinidad and Tobago native Mikhail Calliste migrated to New York City where he began his training at The Martha Graham School. Soon after, Calliste joined the professional training program at The Alvin Ailey American Dance Theatre, where he was then immersed in many dance forms. After graduating from Talent Unlimited High School, Calliste furthered his training in Philadelphia, Pennsylvania at The University of the Arts where he acquired a BFA in Dance in 2018 under the direction of Donna Faye Burchfield as a director’s full scholarship recipient. During this time, Calliste performed works by Alvin Ailey, Martha Graham, Ronald K. Brown, Mark Haim, Douglas Becker, and Netta Yerushalmy among others and also received a field study course in The Pennsylvania Ballet second company program. Calliste has most recently participated in Ballet Preljocaj Professional Training Program in Aix En Provence, France, has presented choreographic research at The National College Dance Festival and is still indulging in movement creation. For the 2018 season, Calliste is pleased to join Spectrum Dance Theater as one of the newest company members.