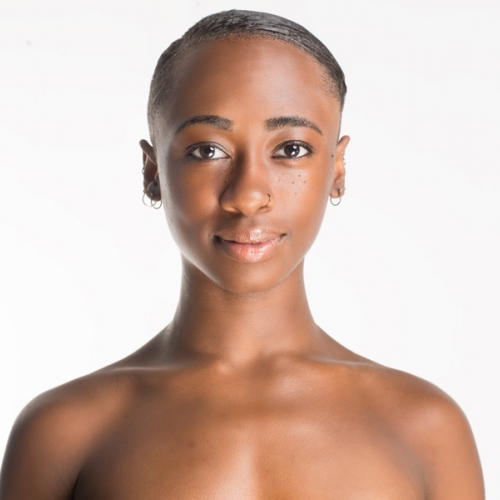 Chanel Howard is originally from Georgia where she began her dance training under the direction of Lynise and Denise Heard at Dance Makers of Atlanta. In 2014 she participated in National High School Dance festival and received the exemplary young choreographer award. Shortly after, she moved to Pennsylvania to study dance at The University of The Arts as a Suzan B. Glazer full scholarship recipient. In May 2018 Chanel graduated from UArts with a BFA in Dance. During her time at UArts, she participated as a dance ambassador at the Montpellier Danse Festival and performed at the National College Dance Festival in 2015, placing 1st runner up. She has worked with various choreographers including Mark Haim, Helen Simoneau, Mark Caserta, Tommie-Waheed Evans, Wayne St. David, Netta Yerushalmy and Bobbi Jene Smith. Chanel has performed works by Robert Battle, Troy Powell and Benoit Swan Pouffer. In Fall 2017 Chanel made her independent artist debut at The Center for Performance Research in Brooklyn and in Winter 2018 she participated in Ballet Preljocaj Professional Training Program in Aix En Provence, France. Chanel is now moving into her professional dance career and has recently become a company member with Bill T. Jones/ Arnie Zane Dance Company.