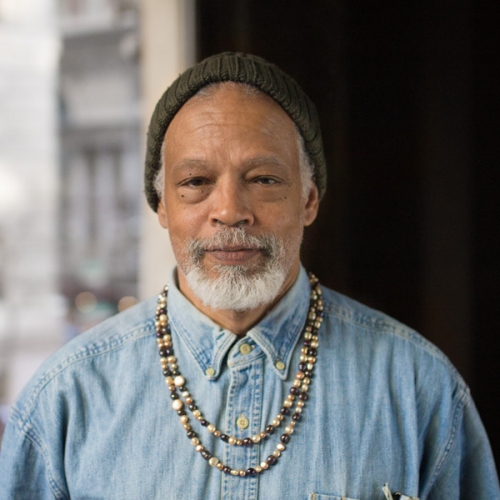 Ishmael Houston-Jones is a choreographer, author, performer, teacher, and curator. His improvised dance and text work has been performed in New York City, across the US, and in Europe, Canada, Australia, and Latin America. Houston-Jones and Fred Holland shared a Bessie Award for their piece Cowboys, Dreams and Ladders. He also revived THEM, his 1985 collaboration with writer Dennis Cooper and composer Chris Cochrane for which he was awarded his second Bessie Award. He has curated Platform 2012: Parallels and Platform 2016: Lost and Found, both at Danspace Project. He is a recipient of the 2016 Herb Alpert, a 2015 Doris Duke Impact and a 2013 Foundation for Contemporary Arts Artists Awards.