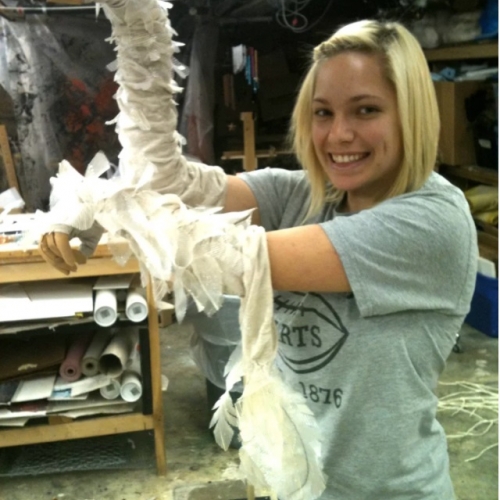 Jillian Keys is a costume designer, mask maker, and theater artist. While in school Jillian interned for The Puppet Kitchen in NYC, and did a semester abroad at the London College of Fashion in 2010. Since graduation she has completed a costume apprenticeship at The Walnut Street Theater, and has begun freelancing in Philadelphia. She has had a wide variety of experiences from big period pieces, to small high concept shows, but her favorite projects involve a lot of crafting, ageing, dying, and mask making.

Jillian works at Upper Darby Summer Stage between theater seasons, and would love to one day work doing childrens' theater full time in order to give back to the community and raise another generation of theatergoers.

Jillian is currently managing Drexel University’s costume shop, and designing “A Steady Rain” for the Walnut St. Theatre, and “Peter and the Star Catcher” for Theatre Horizon.