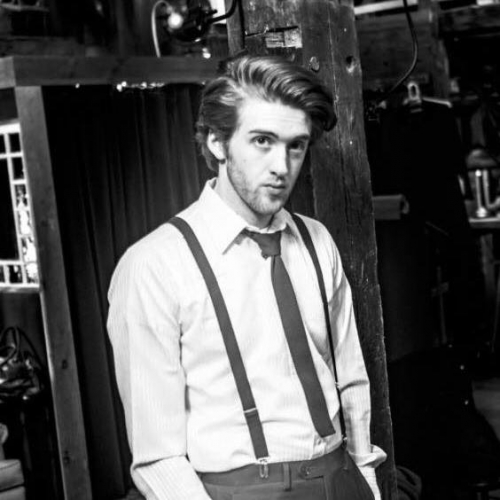 Jackson Teeley focused on songwriting and musical theatre composition while at UArts.

His show, “Arrowhead”A New Musical” has been produced in New York City and Boston and has featured music supervision and direction by fellow UArts Composition graduate Michael Pacifico. His 2015 musical short film “What We Were” was recently adapted for the stage and workshopped this past August.

Jackson’s music has been featured on the stages of Berkshire Theatre Group, Barrington Stage Company, Manhattan Shakespeare Project, and Shakespeare & Company as well as in New York Musical Festival’s show Outcasts and New Musicals Inc.’s New Voices Project and STAGES Festival. He is currently working on his debut EP “One Hit Wonder” which is due for release in early 2018.

Check out this video: https://www.youtube.com/watch?v=C6eGb3CgQ8U