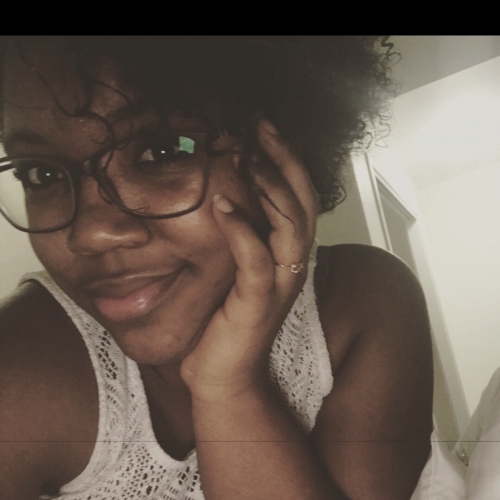 I chose UArts because I felt like this was the only school that really cared about sending me out of college with a great professional resume that will automatically jump start my career.

I came to UArts from an art school in DC, Duke Ellington school of the arts. I expect to graduate in 2021, My major is Directing, Playwriting and Production with the emphasis in production. I want to be a stage manager!

Things you should know about me is I am very focused on working on lots of projects to expand the type of shows I've worked on. I know that stage managing is a lot and can be challenging but that’s what I find most fun about it! I love the challenge and responsibility because at the end of the day I was a big part of helping the show go on and that feels great.

I chose UArts because I felt like this was the only school that really cared about sending me out of college with a great professional resume that will automatically jump start my career. I am already aware of two post-graduation paid internships that I can do and will be heavily qualified for.

Starting at the beginning of the semester Amy (My advisor and head of DPP) recommended me to a Junior Directing major here at UArts. His name is Michael Kasper and he needed me to stage manage his director workshop piece. His piece was taking Winter's Tale by William Shakespeare and telling the never before told story of Cleomenes and Dion, the two men traveling on behalf of the King of Sicily.

We had rehearsal one or maybe two times a week and it took almost the whole semester before it went on. It was such a great first production to be working on and Michael was amazing to learn from, In the future I know I would love to work on more shows with him.

Going into the second semester I know I am already working on one, perhaps two, shows lined up for right after winter break! UArts feels like home and everyone, Including teachers, is my family.