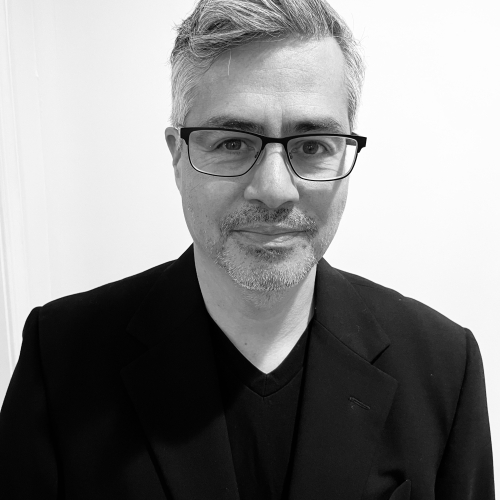 Juan M. Parada has been a part of the interaction design industry for over 25 years. Shortly after completing his Master’s Degree through New York University’s ITP (Interactive Telecommunications Program), he started working in the emerging internet industry.

Parada worked with a number of early web development startups, as well as internet initiatives for existing media companies, such as The New York Times, NBC and Univision Television Network. He later worked for StarMedia, a large Latin American internet portal company, as managing director of product development.

In 2002, Parada moved to Philadelphia, where he founded an interactive design company and worked with clients including Wills Eye Hospital, Saxby’s Coffee, Steve Poses and the Juvenile Diabetes Research Foundation.

Parada has been a professor at University of the Arts since 2004 and has taught technology and media courses in a number of different programs. He was a guest speaker at the Global Creative Economy Convergence Summit in Philadelphia and at the Electronic Media, Art and Technology program at the University of Tampa, where he presented “Cloud Computing, Telecommuting and the New Global Digital Economy.” He also participates and runs workshops at NYU’s summer technology camps.