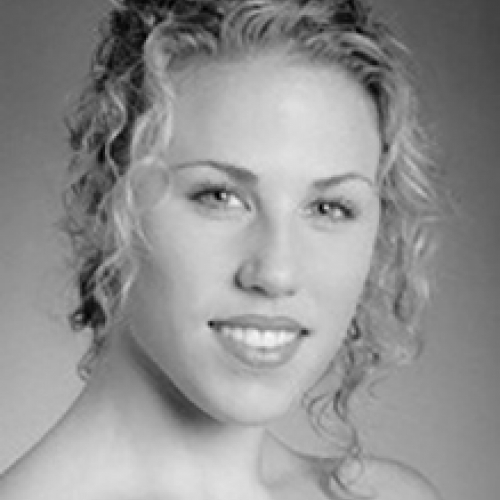 Jennifer Smith began her dance training in her hometown of Manahawkin, New Jersey, continuing her studies at Red Bank Dance Academy with Rosemary Boross before moving to attend high school at North Carolina School of the Arts. Ms. Smith graduated a year early to begin her professional career as an Apprentice with Pennsylvania Ballet in 1993 and was promoted to a member of the Corps de Ballet in 1994. She has been featured as Bianca in John Cranko’s The Taming of the Shrew, Dewdrop in George Balanchine’s The Nutcracker, Lead Butterfly in Balanchine’s A Midsummer Night’s Dream and the White Cat and Song Bird in Janek Schergen’s The Sleeping Beauty. She has also danced leading roles in Balanchine’s Steadfast Tin Soldier and Western Symphony; Lar Lubovitch’s Waiting for the Sunrise and Concerto Six Twenty-Two; Paul Taylor’s Arden Court; Trey McIntyre’s Cantilena; Jerome Robbins’ Interplay; and Margo Sappington’s Rodin, Mis En Vie. Ms. Smith inspired and performed several principal roles in Christopher Wheeldon’s World Premier of Swan Lake. She also created roles in the world premieres of Kevin O’Day’s Col Legno, Matthew Neenan’s Vicissitudes and 11:11, Kirk Peterson’s Dancing with Monet, and Val Caniparoli’s Jaybird Lounge. Jennifer also rehearsed the Wilma Theater’s resident ballet company, BalletX, for a number of their performances over the past few years. Jennifer has been the Principal Teacher at The Philadelphia Dance Academy for 9 years. This is her third year on the faculty at The University of the Arts, as a ballet instructor in the School of Dance and the Ira Brind School of Theater Arts.