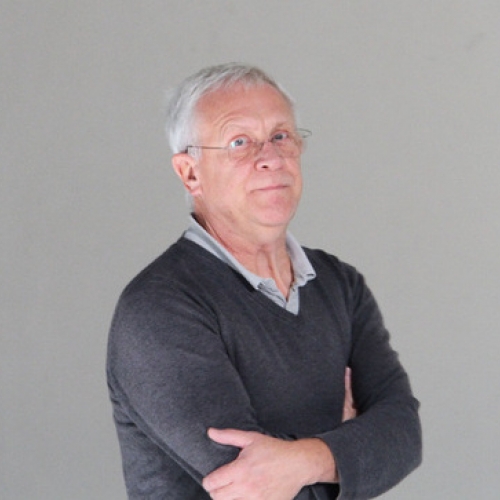 Ric Allsopp is currently a Guest Professor at MA SODA programme at the Inter-University Centre for Dance, University of the Arts, Berlin where he was a Guest Professor from 2006-2011. He recently finished as the Professor of Contemporary Performance and Head of Dance & Choreography at Falmouth University, UK. He lectured in the Theatre Department at Dartington College of Arts (1982–90) with Mary O’Donnell, Steve Paxton, Peter Hulton and Katie Duck among others, and was involved with John Hall in the innovative Performance Writing course from its inception in 1994, becoming Director of Writing from 2001-2004. He was a Research Associate at the Centre for Performance Research in Cardiff from 1985 -1994 and worked extensively in continental Europe since 1990, teaching at the School for New Dance Development in Amsterdam (1990-98), the European Dance Development Centre in Arnhem (1998-2000), making and editing individual and collaborative performance works and publications. He taught on the MA in Choreography at ArtEZ from 2008-2011. Since 1996 he has been joint editor of Performance Research (London & New York: Routledge, Taylor & Francis).