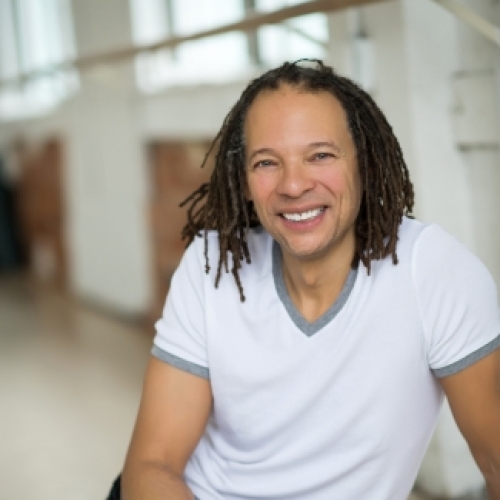 Thomas F. DeFrantz received the 2017 Outstanding Research in Dance award from the Congress of Research in Dance.  He is Professor of Dance, African and African American Studies, Theater Studies, and Gender, Sexuality, and Feminist Studies at Duke University. He directs SLIPPAGE: Performance, Culture, Technology, a research group that explores emerging technology in live performance applications. Books: Dancing Many Drums: Excavations in African American Dance (University of Wisconsin Press, 2002), Dancing Revelations Alvin Ailey's Embodiment of African American Culture (Oxford University Press, 2004), Black Performance Theory, co-edited with Anita Gonzalez (Duke University Press, 2014), Choreography and Corporeality: Relay in Motion, co-edited with Philipa Rothfield (Palgrave, 2016). Creative: Queer Theory! An Academic Travesty commissioned by the Theater Offensive of Boston and the Flynn Center for the Arts; Monk’s Mood: A Performance Meditation on the Life and Music of Thelonious Monk, performed in Botswana, France, South Africa, and New York City; fastDANCEpast, created for the Detroit Institute for the Arts and reperformed at the Crystal Bridges Museum November 2016; reVerse-gesture-reVIEW commissioned by the Nasher Museum in response to the work of Kara Walker, January, 2017. Musical score, past-carry-forward for Dance Theatre of Harlem, 2013.  He convenes the Black Performance Theory working group as well as the Collegium for African Diaspora Dance, a growing consortium of 250 researchers. He has taught at the American Dance Festival, ImpuseTanz, and the New Waves Dance Institute, as well as at MIT, Stanford, Yale, NYU, Hampshire College, and the University of Nice. He has chaired the Program in Women’s Studies at MIT; the Department of African and African American Studies at Duke, and acted as Director of Graduate Studies for Dance and African and African American Studies. He served as President for the Society of Dance History Scholars, an international organization that advances the field of dance studies through research, publication, performance, and outreach to audiences across the arts, humanities, and social sciences. DeFrantz acted as a consultant for the Smithsonian African American Museum, contributing a voice-over for a permanent installation that opened with the museum in 2017.