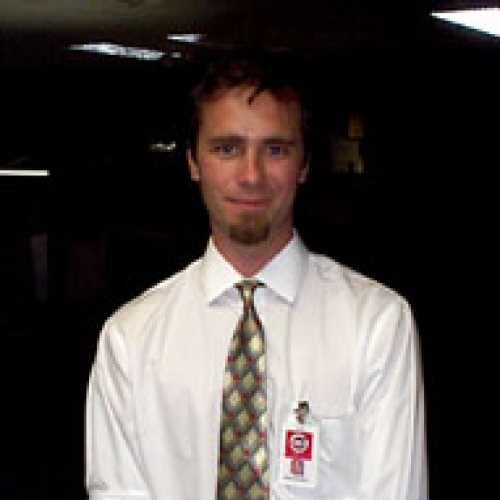 Some days I can’t believe people pay me to do this. I’m very lucky.

Frank Hartman BFA '92 took his UArts degree a long way after graduating—all the way to Mars.

He now calls NASA’s Jet Propulsion Laboratories home, where he spends his days driving the Mars rover Curiosity across the surface of the Red Planet, as he also did for eight years with the rovers Spirit and Opportunity.

Although he’s worked hard for his success—earning a master’s degree in electrical engineering from Stanford along the way—he says, “Some days I can’t believe people pay me to do this. I’m very lucky.”

Frank says he could not be doing what he does today if it weren’t for his education in Sculpture at UArts. “One thing I’m able to do is interpret three-dimensionally what I’m seeing in these 2-D images,” he says. “My classes in sculpture at UArts are what enabled me to do that, to understand and visualize forms.”