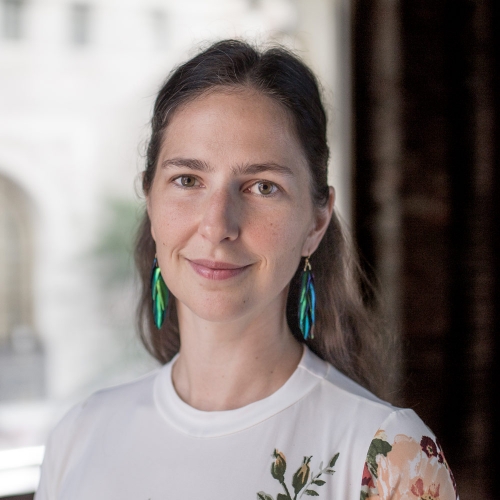 Katie Swords Thurman is a New York based dance artist. Since 2011, she has taught modern dance technique at the University of the Arts in Philadelphia, where she is an assistant professor. While at UArts, Katie has choreographed several original works in collaboration with her students and colleagues, and has co-directed student educational and work-exchange projects in partnership with academic and art institutions in France (Ecole Supérieure Musique et Danse and CND Pantin), Belgium (Beursschouwburg Brussels and Royal Conservatory Antwerp), and Luxembourg (Trois C-L Centre Création Chorégraphique).

She has performed or collaborated with numerous choreographers throughout her career, including Douglas Becker, Daniel Charon, Daniel Condamines, Helen Simoneau, Adrienne Westwood and Jesse Zaritt. Katie was a performer with, and co-founder of, VIA Dance Collaborative. Her choreography having been seen worldwide has led her to expand her teaching throughout the U.S., Europe, Israel and Mexico. Images of Katie made by the noted dance photographer Lois Greenfield were featured in the 2007 December issue of Shutterbug magazine.

Katie earned her BFA degree from the University of North Carolina School of the Arts and her MFA from Hollins University/The American Dance Festival under the direction and mentorship of Donna Faye Burchfield.