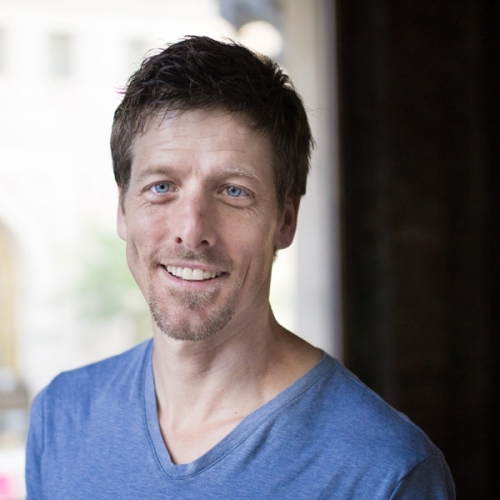 Paul Matteson is an associate professor in the School of Dance at University of the Arts. Alongside his teaching, he is currently pursuing a Master of Divinity (MDiv) degree at Naropa University.  His recent choreographic projects explore the intertwining of text and movement and include a solo collaboration with sculptor Rosalyn Driscoll that premiered at The Barre Center for Buddhist Studies and a quartet with recent UArts graduates performed at HERE Arts Center in New York City.

another piece apart, his acclaimed duet with longtime collaborator Jennifer Nugent, premiered at New York Live Arts and The Boston Dance Complex in 2018.

Paul was a member of The Bill T. Jones/Arnie Zane Company.  He has also worked with David Dorfman Dance, Lisa Race, Terry Creach, Peter Schmitz, Keith Johnson, Neta Pulvermacher and others.  He received a New York Dance and Performance Award (BESSIE) for his “Body of Work” as a performer.

Paul regularly teaches at summer festivals, including The American Dance Festival, The Bates Dance Festival, SALT Dance and Provincial Dance Theater’s Summer School in Yekaterinburg, Russia. Paul earned a BA from Middlebury College with a major in Dance and a minor in Religion, and an MFA in Choreography from Bennington College.