Leading century-old cultural institutions to join together, creating Philadelphia Art Alliance at the University of the Arts

The boards of trustees of the University of the Arts and Philadelphia Art Alliance announced that the two century-old institutions will join together. The vote of both boards was unanimous.

Under the agreement, the Art Alliance will become part of the University of the Arts, renamed Philadelphia Art Alliance at the University of the Arts, under the executive leadership of UArts President David Yager and the governance of the university's Board of Trustees. The documents to begin the state approval process for mergers of nonprofit organizations were filed on September 8, 2017. That review is expected to take several months. 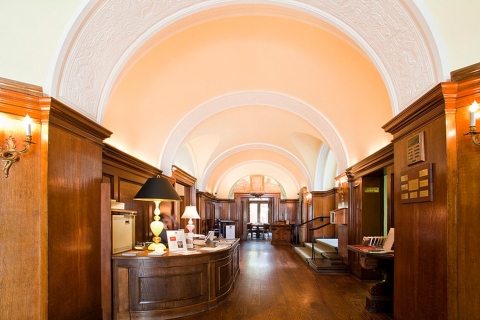 "This coming together of two of Philadelphia's most historic and innovative arts institutions offers a rare opportunity," said Yager, "to preserve and celebrate that extraordinary history while creating a future that envisions even more exciting possibilities across a wide range of art forms. Bringing together these exceptional educational and exhibition components opens up a myriad of new creative doors."

"We are thrilled that the Art Alliance will continue to be an active part of the future of Philadelphia's cultural life as a result of this  merger with the University of the Arts," said Carole Shanis, chairperson and president emerita of the Art Alliance. "The Art  Alliance has been a multi-disciplinary art center, guided by artists, since it was founded in 1915. While, over the last 10 years,  our focus has been on contemporary craft and design, we welcome the new resources and broader perspective that will come  with this partnership. We are confident that UArts will find creative ways to work with us to expand audiences and programs at the Wetherill Mansion, while furthering its own comprehensive educational mission."

The merging of the two historic organizations—the university celebrated its 140th anniversary this past year and the Art Alliance its 102nd—brings together institutions that have presented or developed some of the most influential and well-known artists of the past century. The two organizations, located just six blocks apart in Center City, are landmarks of their respective Philadelphia neighborhoods. 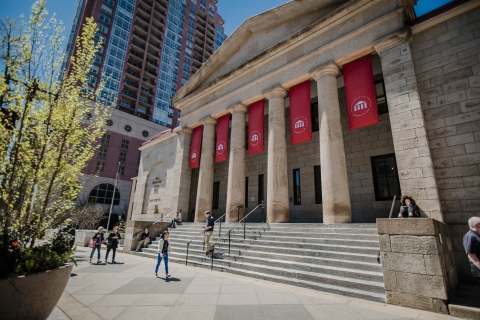 The University of the Arts' iconic Hamilton Hall, built in 1826, is the oldest existing building on South Broad Street. UArts is one  of the only universities in the country solely dedicated to educating students in the visual and performing arts, design and  writing.

Since 1915, the Art Alliance has hosted art exhibits, theater and music workshops, poetry readings and recitals by renowned  artists, in the historic 1906 Wetherill Mansion on Rittenhouse Square.

UArts' alumni include renowned celebrity and fashion photographer Irving Penn, Alvin Ailey American Dance Theater artistic director Judith Jamison, and children's book authors Stan and Jan Berenstain, among many others. Since 1915, the Art Alliance has hosted exhibitions by artists such as Mary Cassatt, Andrew Wyeth and Man Ray, readings by e.e. cummings and Dorothy Parker, and performances by Martha Graham and Merce Cunningham.

"At a time when the arts are challenged as never before, this integration offers a wonderful opportunity to develop visionary new arts and educational programming for the Philadelphia region, now and into the future," said UArts Board of Trustees Chairman Jeffrey Lutsky.

What was to become the Philadelphia College of Art (and eventually the University of the Arts), the Pennsylvania Museum and School of Industrial Art, was founded in 1876 by Philadelphia civic leaders, in response to the growing interest in art and design stirred by the country's Centennial Exposition, and as a means to develop world-class artisans and designers in post-Industrial Revolution America. Concurrently, UArts' other predecessor institution, the Philadelphia Musical Academy (which eventually became the Philadelphia College of Performing Arts), opened its doors. Visual arts, performing arts and design joined together a little over a century later, with university status being granted in 1987 as the University of the Arts.

The Philadelphia Art Alliance, the oldest multidisciplinary arts center in the United States for visual, literary and performing arts, was established by philanthropist Christine Wetherill Stevenson in 1915 with the goal of uniting the arts by presenting music, theater, painting and sculpture in a single venue. In 1926, it moved from its temporary quarters on Walnut Street into. Stevenson's family home on Rittenhouse Square. Since its inception, it has been a national pioneer in bringing contemporary artists—many now considered icons—to the public. In its early days, the Art Alliance welcomed them when most museums and other venues chose not to present contemporary works.

Once the integration is approved by the Commonwealth, the university plans to make interior enhancements over the course of the next few years.