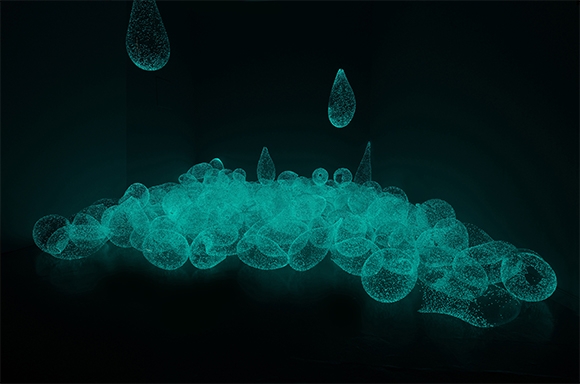 An international panel of glass experts has awarded the University of the Arts’ fourth annual Irvin Borowsky International Prize in Glass to Japanese glass artist and educator, Rui Sasaki.

The Borowsky Prize is given each year to an artist whose work is conceptually daring, exemplifies technical skill and innovation, and advances the field of contemporary glass. The prize carries with it a $5,000 award and a lecture at the University.  Sasaki will present the 2016 Irvin J. Borowsky Prize in Glass Arts Lecture at UArts on November 10.  In addition, two Juror’s Awards were given to finalists David King and Sean Salstrom. 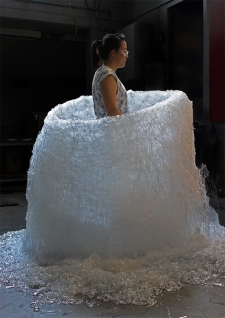 Rui Sasaki, who lives and works in Toyama, Japan, received her BA from Musashino Art University in Japan (2006) and her MFA from Rhode Island School of Design (RISD) (2010). Working mainly with transparent materials, Sasaki has made a mark on the contemporary glass world receiving numerous other awards including the 2015 Jutta Cuny-Franz Memorial Award and the 2015 International Glass Prize, and received a grant from Satoh Artcraft Research & Scholarship Foundation.  Sasaki has taught at RISD, Worcester State University, Pilchuck Glass School, and Kyoto University of Art and Design in Japan. Her work has been exhibited around the world and is part of permanent collections at museums including Ernsting Stiftung Glass Museum and Glasmusset Ebeltoft.

In her statement to the committee, Sasaki wrote, “My work is about the exploration and discovery of subtle intimacy in unfamiliar spaces: what I refer to as empty space. In 2007, when I crossed the world to come to the United States from Japan, I experienced sensations of lost memories, nostalgia, and loss of home … Through my work, I document the intimacy and memory of the home. In search of intimacy through empty space, I seek out spatial compositions, such as the basement and the forgotten corner, as well as remnants of the unfamiliar, such as abandoned dust, within those spaces. Casting glass and resin in a space is my main investigation and I have started using my body as performance, utilizing video and photography as a means of documentation.” 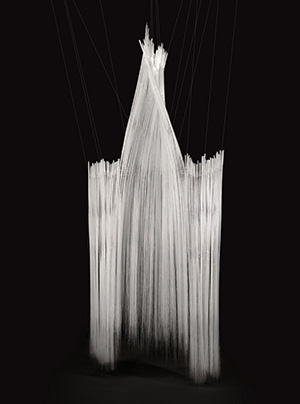 “This is the first year that we have had an international pool of applicants and Japan-based artist Sasaki's selection of work stood out as uniquely ambitious, experimental in nature and blurring of boundaries in the field,” said prize committee member Alexander Rosenberg, a glass artist and the coordinator of UArts’ Glass program. “She joins a prominent group of previous winners and will lecture and interact with students at the University in November.”

Two finalists were also awarded the Juror’s Award which is granted to glass artists whose work shows commendable skill and challenges the field of contemporary art. David King, who also received the Juror’s Award in 2015, and Sean Salstrom, a three-time nominee for the Irvin Borowsky International Prize in Glass, and an American artist and educator who lives and works in Akita, Japan.

The Irvin Borowsky International Prize in Glass Arts is made possible by a generous gift from the late University of the Arts Trustee Irvin J. Borowsky and his wife, Laurie Wagman, a current trustee. The Irvin Borowsky Center for Glass Arts at the University of the Arts was also established through that gift, allowing the University to expand its glass facilities and capacity to promote the study of the historical and contemporary significance of glass art.

The Prize is selected annually by an international panel of artists, educators and collectors. This year’s jurors include Uta Klotz, editor-in-chief of NEUES GLAS – NEW GLASS: art & architecture in Germany; Jeroen Maes, artistic director of GlazenHuis in Belgium; Susie Silbert, curator of modern and contemporary glass at the Corning Museum of Glass; Matthew Szösz, glass artist and 2015 recipient of the Borowsky Prize; Dan Clayman, glass artist; Dr. Arlene Silvers, curator of the National Liberty Museum; Laurie Wagman, UArts trustee and widow of Irvin Borowsky, for whom the Prize is named; Brian Effron, UArts trustee and glass collector; and Alexander Rosenberg, glass artist and coordinator of the glass program at University of the Arts.