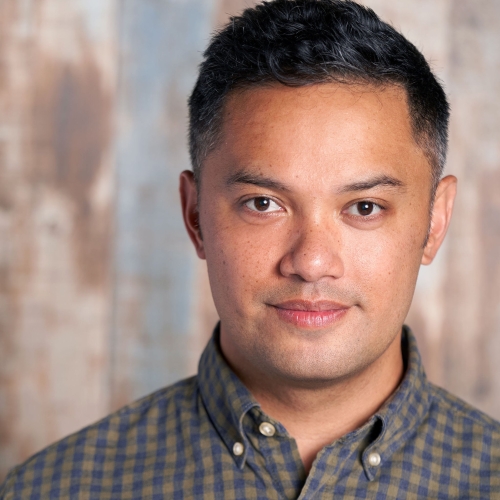 Kikau Alvaro is program director of Musical Theater, an associate professor, a director and a choreographer.

Prior to joining UArts, Kikau Alvaro served as associate artistic director of the Virginia Repertory Theatre and a member of the Richmond Triangle Players’ Artistic Committee and led the Musical Theatre department at Virginia Commonwealth University, Richmond. His vast experiences as a director, a choreographer and a performer are included in the Experience section below.

Further, he is the co-host of a new podcast called Carefully Taught: Teaching Musical Theatre with Kikau and Matty with a fellow professor from California State University, Chico, Matthew Teague Miller. He now lives in Philadelphia with his husband, Derrick, and their puppy, Boggnes.

Alavro’s work has been recognized with numerous nominations and awards.