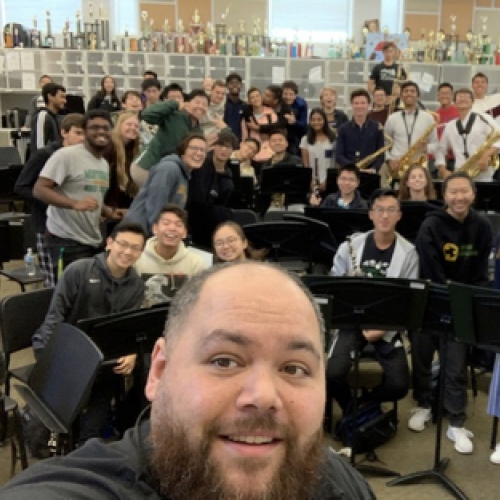 UArts is the greatest confluence of musical education and opportunity for aspiring music educators. The school and faculty foster an environment for students where knowledge, networking and exploration are rich and ever-present. It is only through this eclectic mixture of musical opportunities, experiences and backgrounds that I was able to develop into the musician and music teacher I am today. 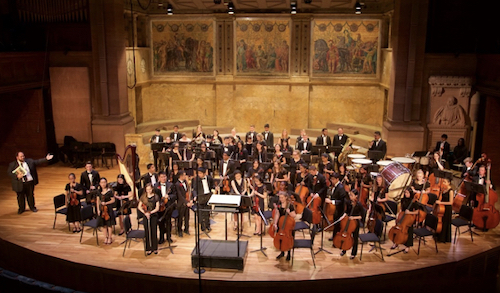 Kawika has been a music teacher in the Montgomery Township School District in Skillman, NJ. Currently, he is the director of the high school wind ensemble, chamber orchestra, concert orchestras, jazz band, pit orchestra and advisor for the Montgomery High School Chapter of Tri-M.

Mr. Kahalehoe has been an important part of the development of the Montgomery music program since 2003. In that time, the music program has grown from 120 to 250 band students and 35 to 90 orchestra students. International tours have become a common opportunity to students in Mr. Kahalehoe’s band and orchestra program. In 2010, his bands traveled to Spain as part of a ten day music tour. Since that time, Mr. Kahalehoe’s ensembles have performed in Germany, the Czech Republic, Austria, Italy, Switzerland and France. In the spring of 2020, Mr. Kahalehoe’s orchestras will travel to Venice, Vienna, and Salzburg .

Outside of the Montgomery Township School District, Mr. Kahalehoe is the artistic director for the Greater Princeton Youth Orchestra and conductor of the Symphonic Orchestra. In his tenure, he has performed on the stages of Lincoln Center, Carnegie Hall, the Kimmel Center, the Trenton War Memorial and Richardson Auditorium. Mr. Kahalehoe’s orchestras have also performed with a wide selection of professional musicians including cellist, Yumi Kendall and bassoonist, Roger Nye. Under the direction of Mr. Kahalehoe, the GPYO Symphonic Orchestra was part of a consortium of orchestras that commissioned and premiered a composition by composer Dana Wilson titled Hold Fast to Dreams.

Besides teaching, Mr. Kahalehoe has served as musical director for his church where he performed each week on guitar with his wife, Kristyn. As a trombonist, Mr. Kahalehoe enjoys performing with many ensembles, and loves playing many styles of music. Mr. Kahalehoe is also a competitive powerlifter, and holds several International Powerlifting Federation World Records.

Mr. Kahalehoe is truly grateful to the many great UArts teachers who were mentors, friends, role models, and eventually peers. Their deep understanding of music and life meant everything to Kawika and while he has achieved a lot since graduating, he knows that none of it would have been possible had it not been for the time spent with these amazing people.