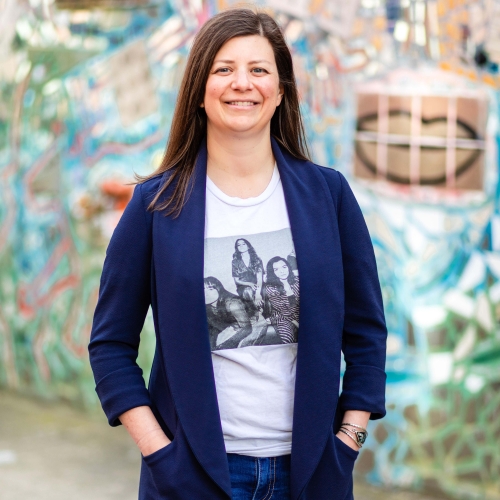 Jen Corsilli has been the instructor for Venue Management in the Music Business, Entrepreneurship and Technology program since first establishing the course at University of the Arts in 2015. The course presents students with an insider look at the world of the live music industry from the venue’s perspective, while offering students the opportunity to learn the language of producing live events, including box office and production terminology, basic artist booking deal structures, marketing concepts, venue calendar management and much more.

With more than 15 years of live music industry experience in event management, marketing and booking, Jen Corsilli currently works as director of marketing and programming for Live Nation Northeast, which includes booking the Mann Center and its Skyline Stage in Philadelphia; Freedom Mortgage Pavilion in Camden, New Jersey; and arenas in the region while developing new business and handling project management for large-scale festival events.

Some of her recent notable projects include

During the pandemic, Corsilli also worked on Philadelphia’s first-ever completely virtual Welcome America July 4th Concert, broadcast live from The Met Philadelphia and featuring performances by Grammy Award–winning singer and actress Cynthia Erivo with the Jazz Orchestra of Philadelphia and Jason Derulo and the Live-In Drive-In series, which brought live, on-stage concert and comedy events to Citizens Bank Park. The latter was presented in partnership with the Philadelphia Phillies.

Before working at Live Nation, Corsilli was director of marketing for AEG Presents Philadelphia and worked with venues including the Mann Center and its Skyline Stage, Franklin Music Hall, Underground Arts, the Keswick Theatre, Trocadero Theatre and other locations.